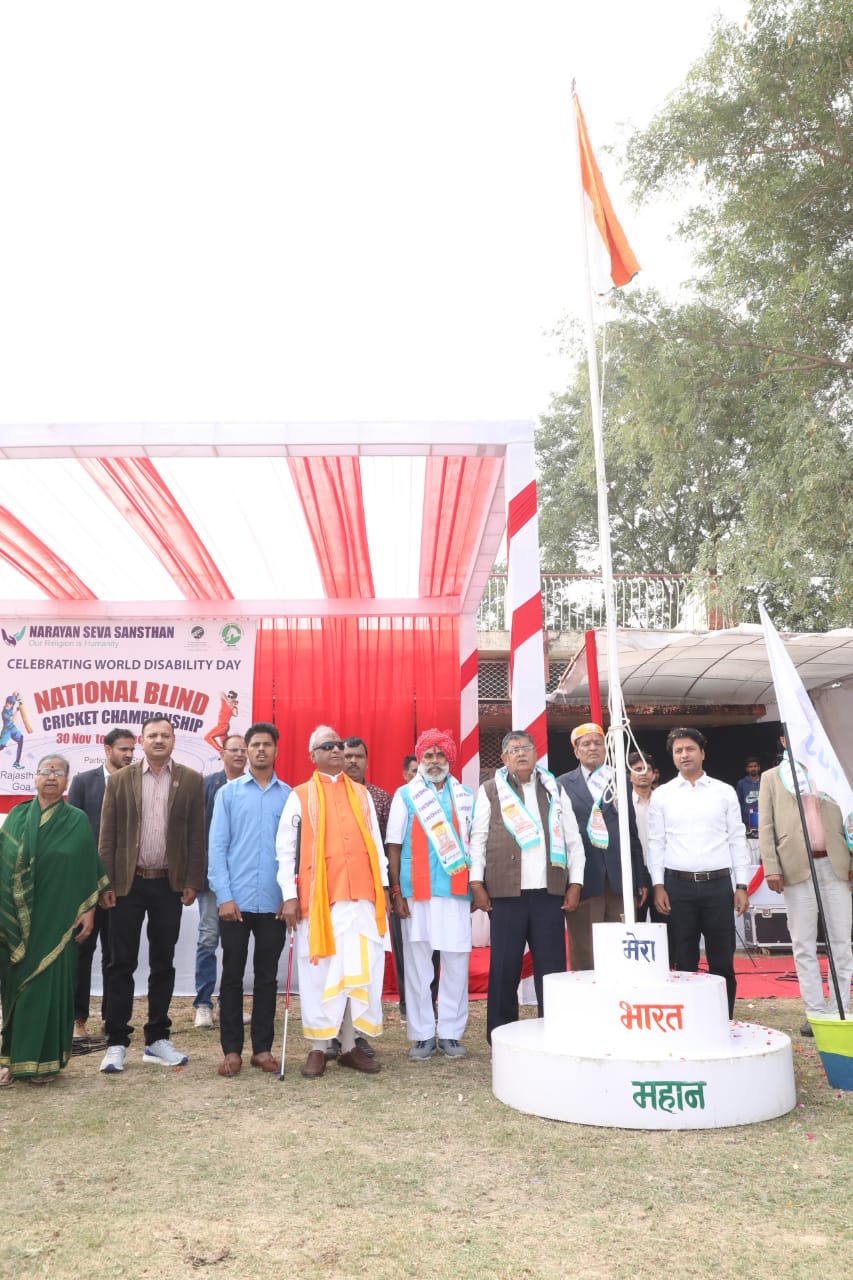 Former Home Minister and MLA from Udaipur while quoting Geeta explained the various disciplines of Karma co-relating Divyang said that the role of Sudama which was a loyal friend of Krishna is remembered for good beings. He was speaking in an inaugural function of the National Blind Cricket Championship 2019.

When Kataria is emotional he used to speak bitter truth that cannot be normally spoken by a politician, he said that only Karma can make a significant contribution to connecting a man in the mainstream, referring to Divyang, he said that God has blessed them with peculiar and outstanding qualities that differentiate them from common beings. Their confidence kept them alive in almost every field referring their role in sports he said that Divyang is performing better than a common player in every field. They are doing their best and putting wholehearted efforts in a job or task assign. He said that they are constantly moving forward by defeating their physical deficiency by their confidence. On Saturday he was inaugurating National Blind Championship 2019 organized under the aegis of Narayan Seva Sansthan at Maharana Bhopal College ground. Teams from Rajasthan, MP, Kerala, Goa, West Bengal and Gujarat are participating in 4 days competition.

Kataria singled out Mewar and Maharana Pratap on behalf of Udaipurities describing them as a source of inspiration for the players. He praised the efforts of Narayan Seva Sansthan to guide and trained talents in the field of medicine rehabilitation training and sports. Presiding over the inaugural Ceremony Pahad Singh Meena, said that the foremost condition of success is dedication. Players may be called visually impaired but have inside into their vision therefore, the reason for their all-round presence in every game invisible.

The special guest MLA from Mavli Dharam Narayan Joshi said that Eklavya had his concentration at the core of skills he displayed in Archery even after cutting his thumb and giving it to his Guru as Dakshana. Concentration is necessary for success. Former National Cricket Umpire Prof. Raghuveer Singh Rathore,