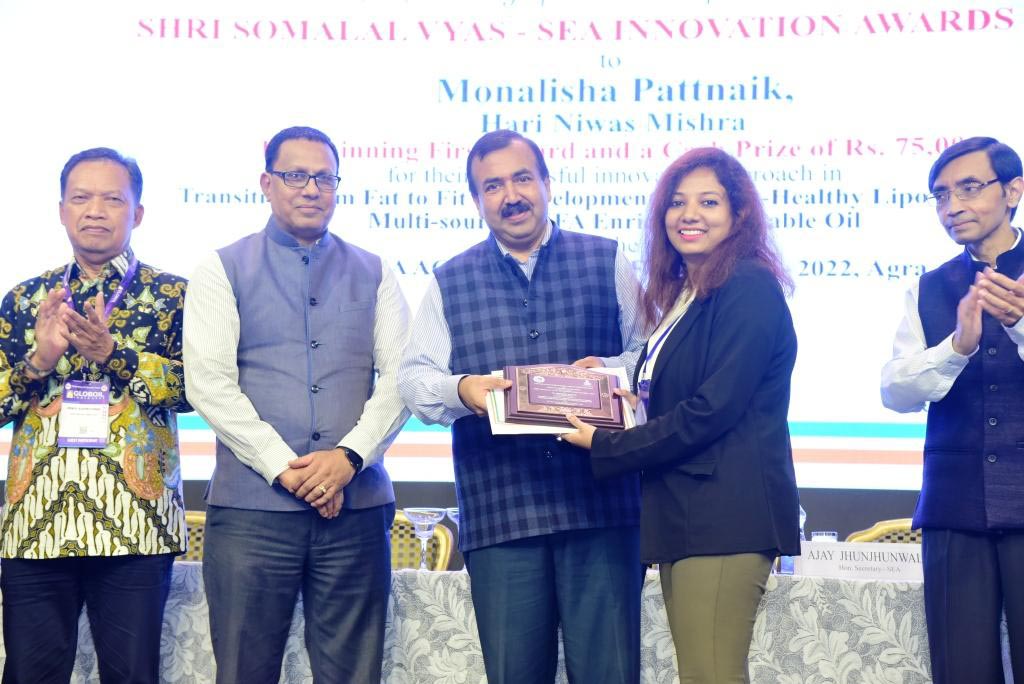 Udaipur : This time bumper yield of oilseed crops especially mustard is expected in Kharif due to good rains during the monsoon season, which came out in the panel discussion of experts during the AGM of Solvent Extractors Association of India (SEA), which was held on Wednesday on September 21. Apart from this, emphasis was laid on the concerted efforts in the interest of farmers and the improvement of crops in this AGM. Besides this, all officials of SEA stressing restarting Futures Trading said that this trading is the default trading method for many traders due to its ease of use and many other benefits.

Shri Sudhanshu Pandey, Secretary ( & PD), Ministry of Consumer Affairs, Food and Distribution, Government of India, the keynote speaker on this occasion in his speech said that "India is on the second position after China in regard to population. The way the population is increasing, in the next 25 years, the demand for each edible item will increase in proportion to the population. Therefore, all producers will have to give pace to their products in that proportion." Calling the future of extractors to be bright, he said that they will have to expand their infrastructure further, along with will have to increase their production by five times. He explained in detail about the present population and the changes taking place after 25 years from today. He said that the present young generation will be 50 years old, therefore preparations have to be done accordingly from now.

India imports more than 60% of edible oil. War going on between Russia and Ukraine for the last few months along with export restrictions by Indonesia have affected the imports. Due to this, there was an increase in the prices of edible oil in the domestic and global market. However, the government had also taken several important decisions last year to cut prices.

The steps taken by the government may have seen a fall in oil prices, but they are still at costly levels. Actually, the restrictions imposed during the corona period had badly affected production, due to which the prices increased. Meanwhile, many countries to maintain the domestic supply imposed export restrictions, which worsened the supply situation. After this, the situation was further worsened by the Russia-Ukraine crisis and the supply of sunflowers was badly affected. Due to various factors affecting the supply of sunflower and palm oil, the consumption of other edible oils increased and their prices were also affected.

The summit started with the welcome speech by the outgoing president of the Solvent Extractors Association of India Shri Atul Chaturvedi, who was in his position for the last six years. He shared his experiences of six years of work along with the brunt of covid and the hopes to come. He handed over the charge to the newly appointed President Shri Ajay Jhunjhunwala and said that this organization under the leadership of Shri Jhunjhunwala will work in the interest of the members and farmers.

Shri Chaturvedi handed over the charge to the newly appointed president Shri Ajay Jhunjhunwala for the year 2022-23, after the completion of his six-year tenure. He hoped that the previous president Ajay Tandon had been telling him that the tradition of SEA is such that the new president always outperforms the old one. He is not sure whether it applies to his long innings, but he is sure that Ajay Jhunjhunwala will succeed as a new president and will continue their projects along with will take SEA to a different level.