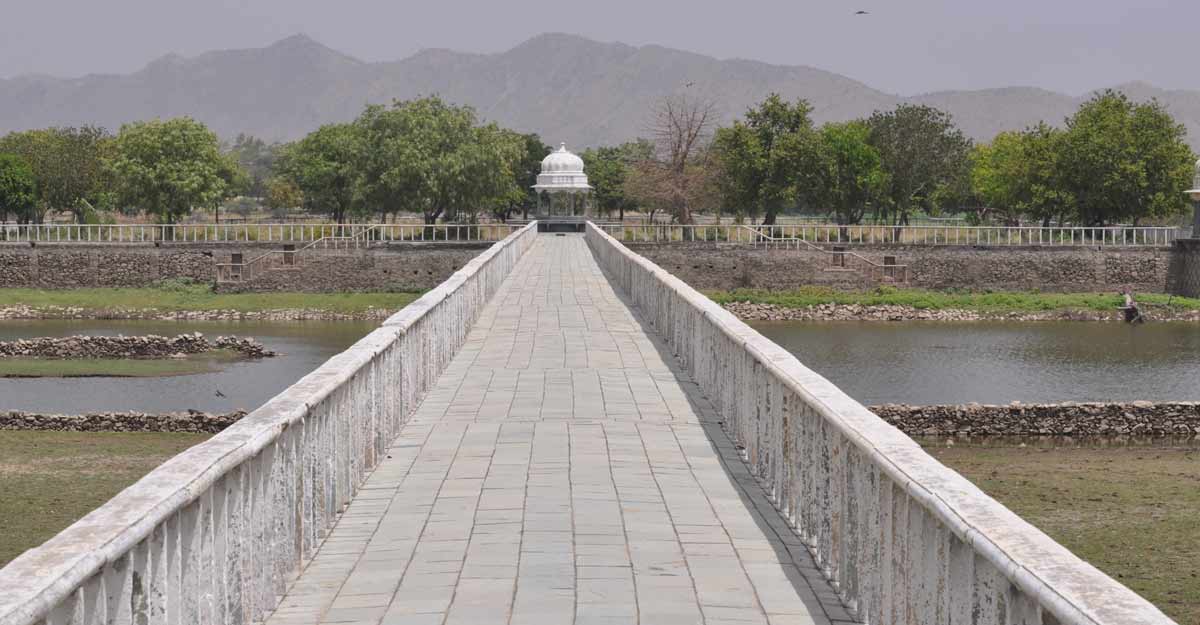 Chavand is a historical village and was the last capital of Mewar under the reign of Maharana Pratap. It is located 60 k.m. away from Udaipur city. After the battle of Haldighati, Maharana Pratap captured this area from the Rathors and established his new capital at Chawand in 1585 CE. Pratap built Chamunda Devi Temple here. He built about 16 hideouts within the radius of 10 k.m. to 1 k.m. around his capital to took after the administration. Many secret army stores, palaces, temples and buildings for his loyal Bhils were also constructed here. A fine statue of Maharana Pratap and his four aide has been built in his memory. We can also see a chattri made on eight pillars of White marble on the banks of Chota Nala flowing near Bomdoli Village. Since Pratap had deep connection with Chavand and he also died here on 29 January 1597, Chavand has become an important place due to it's historical part.