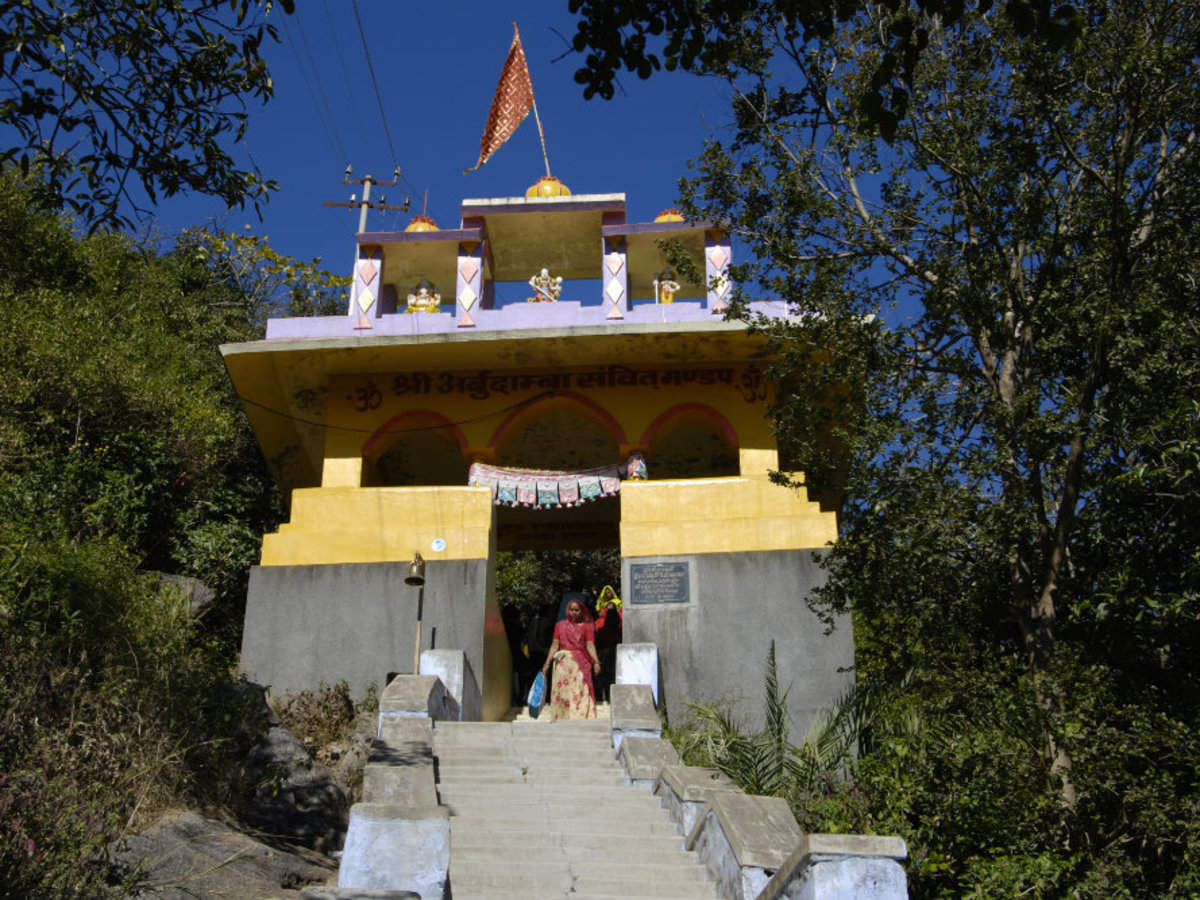 Situated in a cave, The Arbuda Devi temple is one of the popular religious themed tourist destinations in the mount Abu region. This is dedicated to the Goddess Durga. It got its name because the legend has it that Arbuda of the Mataji fell here. It was also believed that the image of Goddess could be found there hanging in mid air. It is reached by climbing up 365 stairs carved into the mountain. The temple itself is located inside a rocky cleave and is reached by crawling through a small opening into the cave.The Arbuda Devi temple contains many beautiful staues, and those that make the effort to climb the stairs are rewarded with many picturesque views of the surrounding mountains and forests. As well as being a popular tourist destination, the Adhar Devi Temple is also a common destination for many religion pilgrimages. The temple receives most pilgrims during the 9 days of the holy Navratri season. A Jyot influent of Mataji keeps alighting everytime. The forehead of the idol shines like silver and it is coronated with Golden crown. The devotees have to sit in narrow way to reach the temple. Arbuda Devi is considered as the incarnation of Katyayani Devi. Some historians believe that Parmar rulers were originated at Mount Abu from 'Agnikund', which is why Arbuda Devi is the Ancestral Goddess of Parmar Kshatriyas.