Will make all arrangements for the training and self-employment of unemployed women.

Women's Development Forum's employment wing will start, and the organization will make all arrangements for the training and self-employment of unemployed women. 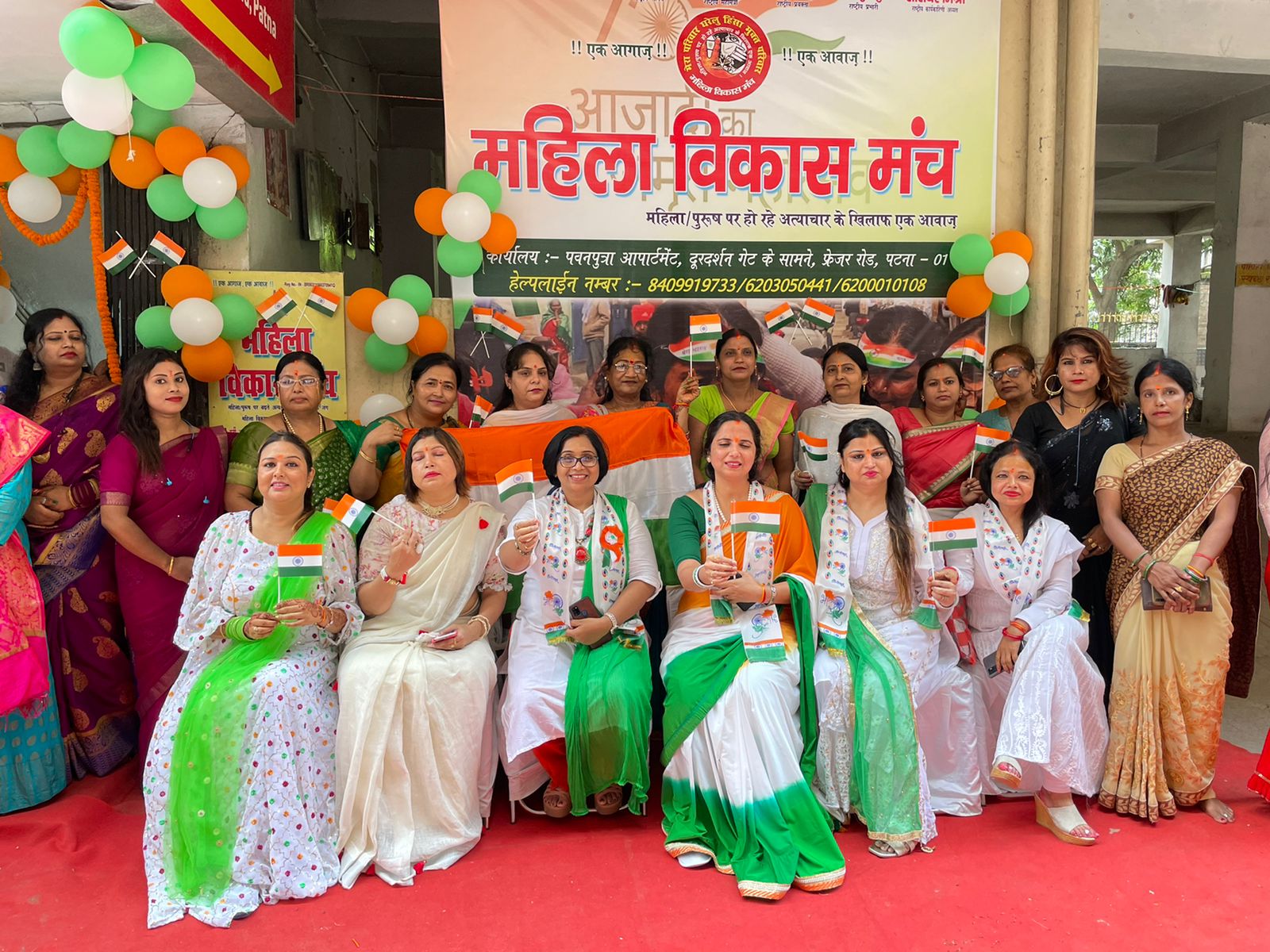 Women's Development Forum's employment wing will start, and the organization will make all arrangements for the training and self-employment of unemployed women.

The whole country is celebrating the 75th year of independence as Amrit Mahotsav. Mahila Vikas Manch has decided to celebrate this festival uniquely. Mahila Vikas Manch has been working against domestic violence and atrocities against women and men for the last ten years and has started the employment wing. Under which all the facilities for free training and self-employment will be provided to the unemployed women associated with the organization. The employment wing was inaugurated on 9 August by the president of Bihar Mahila Udyog Sangh Usha Jha, where hundreds of members were present.

The chief guest of the program, Mrs. Sita Sahu (Mayor Patna), special guest Chairman Prabhat Kumar Chaudhary, and National Chief Patron Mrs. Veena Manvi, were also present. The main task of Apna Rozgar Wing will be to motivate the unemployed women associated with the organization for self-employment by giving them training. This wing is run by Preeti Bimal, who has been providing employment to many women for the last 10 years and has been associated with Bihar Mahila Udyog Sangh for many years. Chief Patron Veena Manvi says that if we celebrate the Amrit festival of independence, we must promote the weaving industry and many home industries through Khadi and silk. Through this, people will get employment through some means. Providing self-employment by joining the home industry will be the main task of the platform. Slowly we will connect it with all the districts of the state. This wing will be linked with Bihar Mahila Udyog Sangh. Mahila Vikas Manch a step further by promoting women's empowerment.