The thrill of T20 cricket in Udaipur, the city of lakes, concluded on Wednesday with a ceremony; Team Mahindra won the title. In the fourth season of the Pacific Premier League, eight teams fought hard to reach the last two and saw a 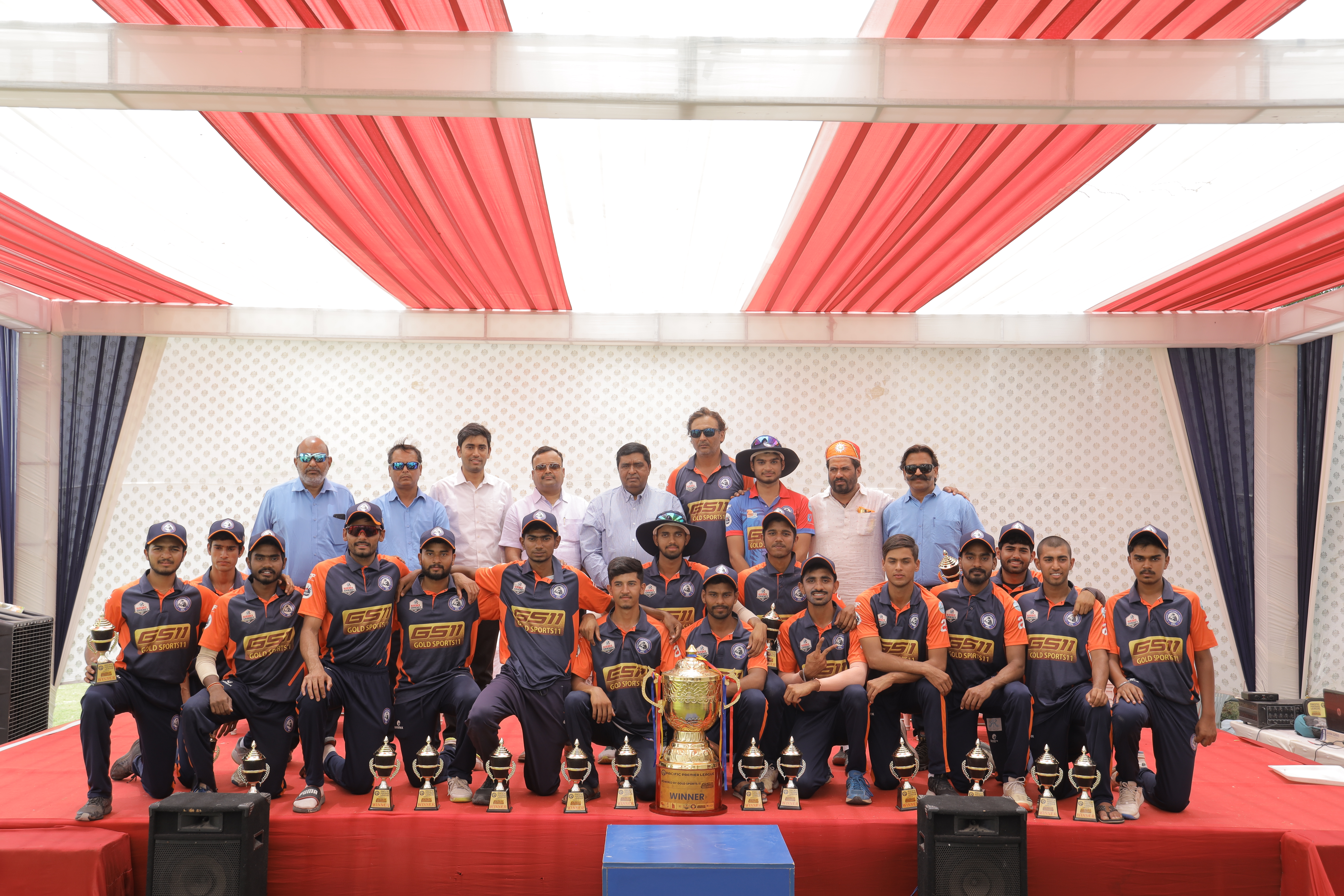 Udaipur. The thrill of T20 cricket in Udaipur, the city of lakes, concluded on Wednesday with a ceremony; Team Mahindra won the title. In the fourth season of the Pacific Premier League, eight teams fought hard to reach the last two and saw a great game. The final match was played between Mahindra and Pacific Organic, which Mahindra easily won. RCA Secretary Mahendra Sharma, S.R.K. Khaitan Group Managing Director SK. Khaitan, Wonder Cement Vice President Siddharth Singhvi, Youth Farmer Leader Kuber Singh Chavda, PPL Founder Aman Agarwal, Co-Founder Manoj Choudhary, Commissioner Dr. Prakash Jain, Organizing Secretary Yashwant Paliwal presented the trophy to the winning team. Man of the Match award was given to Tanmay Tiwari of Mahindra for the best performance. Saurabh Chauhan of Sojatia Marvelous was the man of the series, Yuvraj Singh of USA Global was the best batsman, Sachin Yadav of Mahindra was the best bowler, Vishwajit Singh Bhinder of Sojatia Marvelous was the best fielder, with the trophy to these four players, one cricket each from S.S. Company. The kit is also provided.

PPL founder Aman Agarwal said that PPL was started at the local level, and gradually, its popularity increased. Along with local, state, and national level players, foreign players have shown their talent. The fourth edition saw tremendous enthusiasm for the competition among the franchisees and the players. The target is to get it done along the lines of IPL in the coming years; next year, the competition is planned to be held at Day-Night.

Chief guest RCA secretary Mahendra Sharma said that by organizing such competitions in Rajasthan, new players get an opportunity to show their talent. At the same time, he congratulated the organizers and said that the new players in PPL got to see good cricket, and this was a good learning opportunity for them.

Co-founder Manoj Chowdhary said that Pacific Organic looked completely faltering in the final while batting first and could only manage 128 runs for the loss of 8 wickets for the team Somraj Bishnoi scored 70 runs in 62 balls with the help of 5 sixes. And Hitesh Pakhrot contributed 14 runs in 11 balls. According to the T20 format, Mahendra's team chased the target quickly, Manoj Tyagi's 56 balls 51 runs, Tanmay Tiwary 22 balls 41 runs, and Karan Singh's 25 runs in 26 balls won the loss of three wickets. For Mahindra, Sachin Yadav took 2, and Rohit Suthar and Dhruv Parmar took one wicket each. Pacific Organic's Dev Narayan Ved, Pradyuman Parikh, and Hitesh Pakhrot took a wicket each.

S.K. Khaitan Group Managing Director SK. Khaitan said he is always ready to cooperate with the players in such competitions. Looking at the level of the game in the competition, the players playing here will soon play at the national and international levels. Siddharth Singhvi, Vice President, Wonder Cement, said that Wonder Cement Cricket Academy provides high-level coaching and facilities to grow the players and will expand in the future. Youth farmer leader Kuber Singh Chavda said that the PPL tournament had given the cricketers of rural areas an opportunity to showcase their talent, adding that many more players can come forward by having such competition only for the players of rural areas.

Commissioner Dr. Prakash Jain said that the game of cricket teaches mutual harmony, team spirit, and hard work. Giving thanks on behalf of the organizing committee, he said that the presence, discipline, and performance of the players in any sports competition raises the level of the game; the same has been seen in PPL. The presence of local to foreign players in PPL shows its popularity.

Organizing Secretary Yashwant Paliwal said that the upcoming tournament would be more interesting, keeping in view the enthusiasm of the franchisee, players, and spectators. This time special prizes were kept for the spectators for the catch.


Source :
This Article/News is also avaliable in following categories : Headlines ,
Your Comments ! Share Your Openion