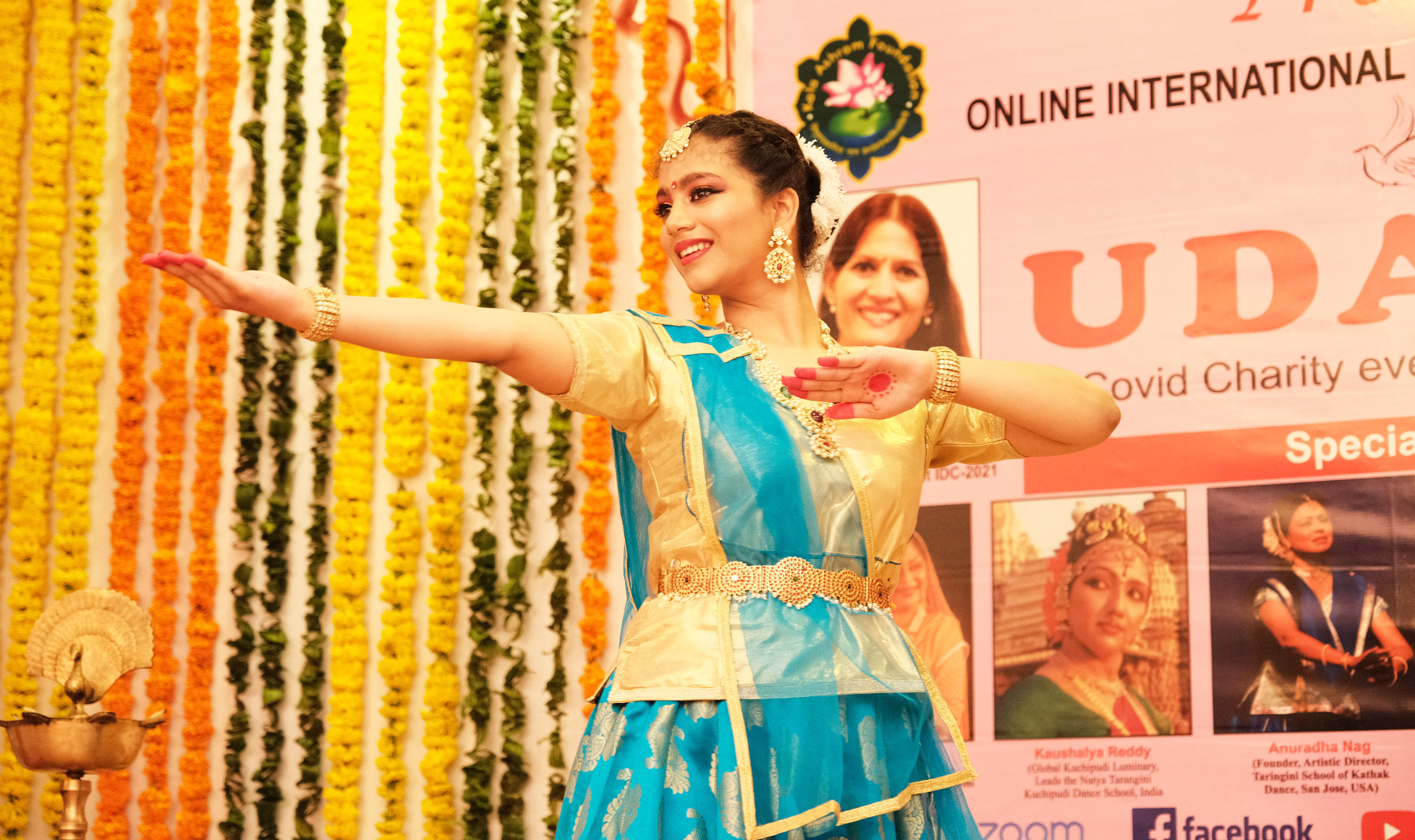 The International Dance Competition "UDAN-2021" organized under the joint aegis of Pacific Medical College and Hospital Udaipur and Kala Ashram College of Performing Arts, concluded with full zeal and enthusiasm. In this competition, 24 participants from India and abroad reached the final round after completing their semi-final round.

The program started with the lighting of the lamp with an excellent Ganesh Aradhana presentation by the program coordinator Shloka Agarwal. The coordinator of this program, Shloka Aggarwal, called upon all the children who have been in their homes for a long time and cannot showcase their talents on the sound stage in this era of the Corona epidemic. With this initiative of Shloka Aggarwal, a different feeling was awakened in such children about their talent.

During the dance competition “UDAN-2021”, PMCH Chairman Rahul Agarwal donated a check of Rs 11 lakh to the covid-19 Relief Fund. In the program, the singing of Madhuram Khatri tied the knot and the presentation of Shiv Vandana by soul touched the depths of everyone's heart.

Dr. Saroj Sharma, Founder of, UDAN Program, said that after several weeks of enthusiasm, hard work, and an echo of creative energy, UDAN came down to its final milestone. Ayushi Sarkar of West Bengal from Minor group got. First, Vedantika Nath of Assam got second, and Arya Tanushree of Delhi got third place in the competition organized in three phases in the orderly journey of flight that followed the rules of covid for the last several weeks. In the junior group, Mugu Kamakshi of Hyderabad got the first position, Gauri Prakash of Uttar Pradesh got the second, and Aishwarya R.N from Karnataka got the third position, while in the senior group, Nrityasree Vijian of Oman got the first and Mimansa Verma of Karnataka got the second position. 21 thousand, 11 thousand, and 5 thousand were given to all the winners who secured first, second, and third. The event also gave special recognition to the winners of these gurus. Dr. Sharma said that in this era of Corona when people had to sit in the ground due to stress, at such a time, the coordinator of the program and Kathak dancer Shloka Agarwal and her tireless efforts provided a platform for all the sections.

Program coordinator Shloka Agarwal said that in this competition, art seekers in the age group of 5 to 55 years participated in America, UK, Virginia, Chicago, Canada as well as different states of the country Maharashtra, Delhi, Uttar Pradesh, Assam, West Bengal, Hyderabad, Kerala. Karnataka, Madhya Pradesh, Gujarat, Delhi, Rajasthan, etc. States not only made this program proud but also made the name of Rajasthan state proud.

While congratulating Rajasthan Chief Minister Ashok Gehlot for this program, he described it as inspirational to the art lovers and service-oriented nobles for this initiative, and Lakshyaraj Singh of the Mewar royal family, appreciating the event, said that this program should promote tourism.

On the eve of the competition and the auspicious occasion of the full moon, 5 white pigeons were flown on the sails of the Fatehsagar lake at 10.30 am, as a symbol of the flight of peace and harmony, to measure the heights of the sky and to start the competition.