Miracle@GMCH :ECMO saved the life of celphos and took patients'

GMCH The patient got a new life due to the coordination of human efforts and the latest technologies. 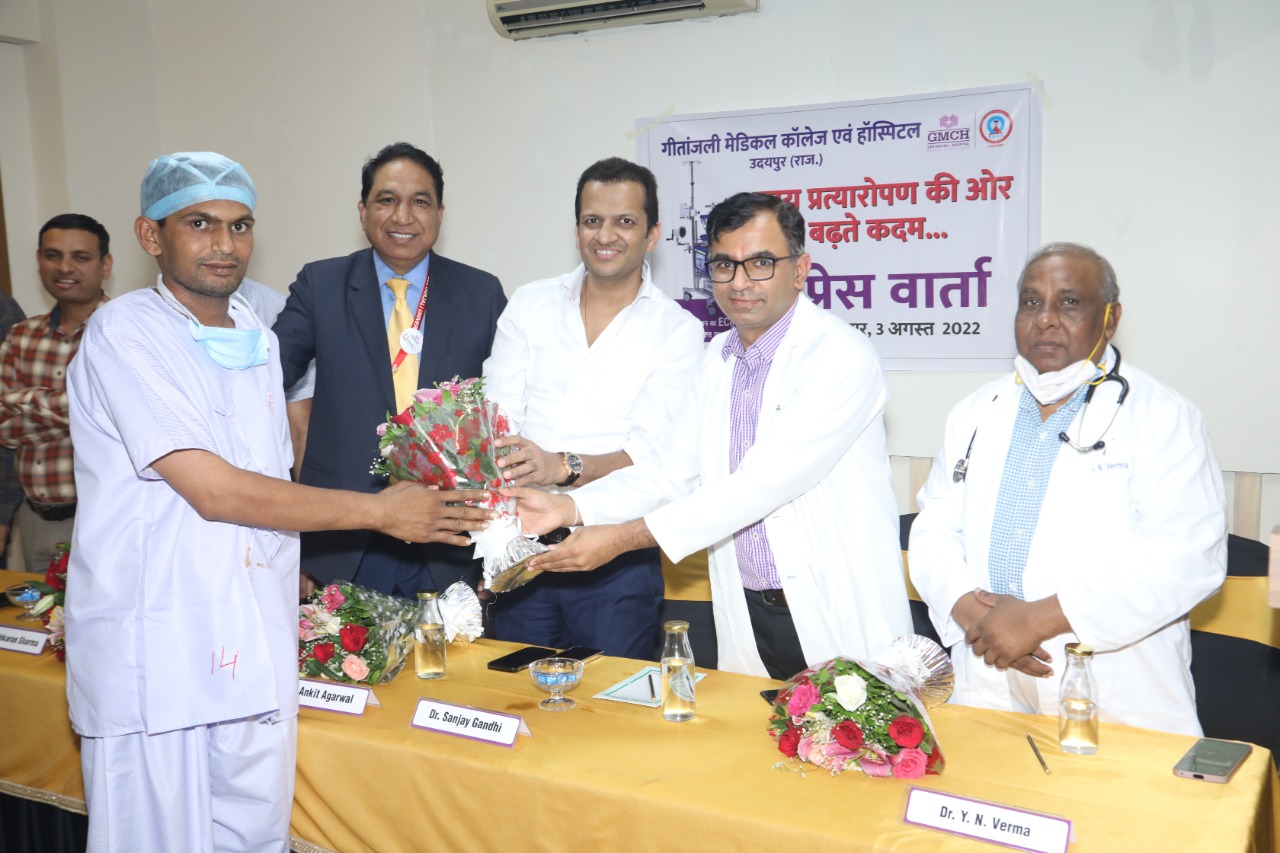 “ECMO stands for extracorporeal membrane oxygenation. The ECMO machine is similar to the heart-lung by-pass machine used in open-heart surgery. It pumps and oxygenates a patient's blood outside the body, allowing the heart and lungs to rest. When connected to an ECMO, blood flows through tubing to an artificial lung in the machine that adds oxygen and takes out carbon dioxide; then the blood is warmed to body temperature and pumped back into your body.”

Geetanjali Medical College and Hospital is Tertiary Care Center. A complex to complex, successful operation and treatment have been done continuously for 15 years by experienced teams of doctors with multidisciplinary approaches and the latest techniques.

Recently, 27-year-old Shashiraj (name changed) from Dungarpur ate celphos, which affected his heart, due to kidney, liver, and brain were also concerned that’s why it impossible for the patient to survive.

Sanjay Gandhi said that 27-year-old Shashiraj (name changed) from Dungarpur ate celphos for domestic reasons. As soon as the poison took effect in the body, the patient started to panic, and the family patient was immediately taken to the private hospital in Dungarpur. Their first aid was given to the patient, but the patient did not get any benefit. The patient's blood pressure was continuously decreasing, and he was referred to Udaipur. The patient was admitted to another private hospital in Udaipur, but there was no benefit. The patient was referred to Geetanjali Hospital due to the ECMO machine facility. Because of ECMO, the life of a severe patient was saved in the Geetanjali hospital machine. This patient came to Geetanjali Hospital two weeks ago and was immediately admitted to MICU.

A psychiatrist also counseled the patient. Dr. Gandhi said that the ECMO machine saved the patient's heart, the heart pumping also improved, gradually urine started coming from the kidney, and the lungs also enhanced. The patient is now normal; all the organs are working well. The patient has been discharged from the hospital.

He also said that the chances of survival after ingesting a poison like cellphones are negligible. But the patient could get a healthy life due to the availability of all world-class facilities under one roof in ECMO Machine and Geetanjali Hospital.

Ankit Agarwal, Executive Director, Geetanjali Group, said that when the ECMO machine was brought to Geetanjali Hospital, it was thought that maybe once or twice a year, this machine may come in handy, but in a few days, two severe patients whose survival is needed. Chances were negligible, and both those patients have become entirely healthy today; the reason for this is the machine made with new technologies. He also said that from time to time, the latest technologies coming in the medical field are brought and will remain in Geetanjali Hospital, which can benefit the patients coming here.

Mr. Prateem Tamboli, CEO of GMCH, said that the ECMO machine with state-of-the-art German technology led to successful treatment. The patient's survival rate by the ECMO machine has always been a question mark, as Geetanjali Hospital is a tertiary care center with a multidisciplinary approach and the latest technologies. Each patient is treated with