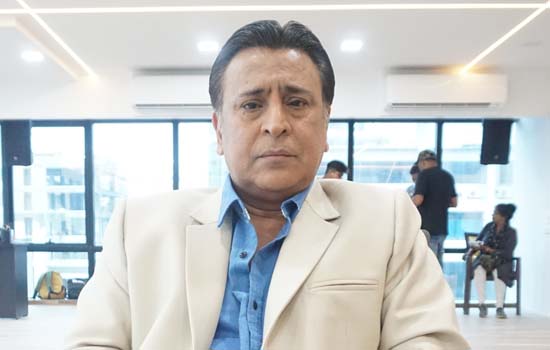 Actor Aushim Khetrapal who made name with mythological TV film “ Shirdi Saibaba” is returning to big screen with the film “Chal Jeet Le Jahan” , which is based on the life of physically challenged cricketers of national cricket team. It is being produced under the banner of “Orient Tradelink Limited”, “Whistling Train Production” and Gaurav Jain, by Producers Raja Kanwar and “Aum Sportainment Private Limited”. Five songs of the film have already been recorded in the voice of singers Sukhwinder, Sunidhi Chauhan,Shankar Mahadevan, Amit Mishra, Aushim Khetrapal and Shreya Ghoshal. The shooting of the film which has began in Uttarkhand will go on for 20 days.Vikas Kapoor, the writer of mythological TV serials, is expected to prove his mettle and show his skill to the people by directing this film for the first time.

On his return to big screen, Aushim Khetrapal said that “I am playing a character of Cricket coach, which is a very good role. When we took the responsibility of training 10 national level para athletes, on behalf of Paralympic Committee of India, for Paralympic Games, we were impressed with performance of physically challenged sportspersons. ‘Shirdi Saibaba Foundation’, powered by “Johnson Controls Hitachi” had flagged off the 'Radiant in Quest of Gold’. As such we thought of making a film on challenging life of physically challenged sportspersons. Vikas Kapoor worked for fairly long time and now the film is being shot.  The viewers are certain to like ‘Chal Jeet Le Jahan’.”

Whistling Train Production’s Director Rakesh Gupta said, “We always link ourselves and make films related to culture, ethics, social life and other issues. This film is being made on very good topic and that is what has brought us together”.

After winning a President award for the film “Shirdi Saibaba”, Vikas Kapoor wrote scripts for many mythological TV serials including “Om Namah Shivay”, “Shri Ganesh”,“Jai Santoshi Maa”,“ Sai Bhakton Ki Sachchi Kahaniyan”, “Srimad Bhagavat Mahapuran”. This is for the first time he is directing the film. Vikas Kapoor said, “Five physically challenged cricketers, who won the world cup for the physically challenged cricketers, are performing roles in this film for the first time. Now a day’s it’s a trade of reality shows. There cannot be anything more real than the real disabled cricketers performing in this film. The lyrics/music of this film is quite interesting. The film is off beat which we are producing with heavy heart. I am grateful to Aushimji and my producers who gave me an opportunity to direct this film.”

Vikas Kapoor is the writer and director of “Chal Jeet Le Jahan”. Amar Desai has scored the music. The lyrics have been penned by Shekhar Astitv, while Rakesh Roshan Singh has handled the cinematography. Sagar Das is the choreographer.