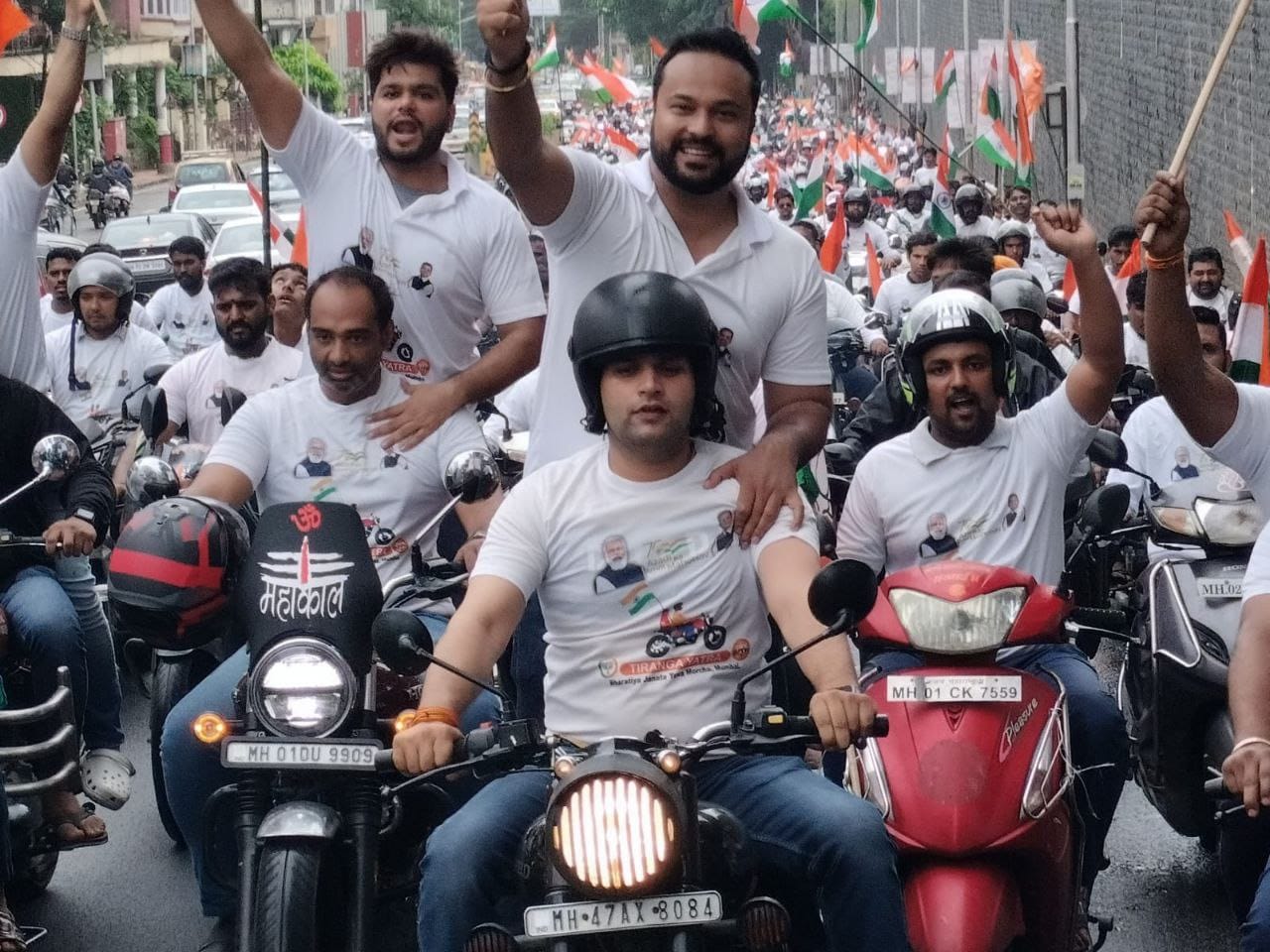 The yatra culminated in a massive public meeting at the historic August Kranti Maidan in Mumbai. In this meeting, prominent leaders of the BJP guided the youth and appreciated the contribution of youth in the Amrit Mahotsav of Azadi.

Tejinder Singh Tiwana, President of Bharatiya Janata Yuva Morcha (BJYM) Mumbai,  interacted with the media and said "Today we are celebrating the 75th Independence day. Every Indian should celebrate this Festival of Freedom. Under the leadership of Prime Minister Shri Narendra Modi ji, we are able to witness the journey of the New Nation and under the guidance of our beloved leader Shri Devendra Fadnavis ji, we are able to witness the journey of New Maharastra". Along with his young comrades, Shivam Singh took an oath to devote himself whole heartedly to build the New Nation and New Maharastra. He also promised that he would put all his efforts into making India a better India, a country of dreams and modernisation and Magnetic Maharashtra.

While interacting with the media, Shri Shivam Singh, the convener of this Yatra and Yuva Morcha Mumbai Vice President expressed his gratitude to the senior leadership of the party for handing over the glorious journey to the Yuva Morcha. Shivam Singh credited the senior leadership for the successful organization of the Tiranga bike yatra. He described the
leadership of Honorable Prime minister Shri Narendra Modi ji,  Deputy Chief Minister Shri Devendra Fadnavis ji, the trust of Mangal Prabhat Lodha ji and Tejinder Singh Tiwana ji as their pillar of strength.