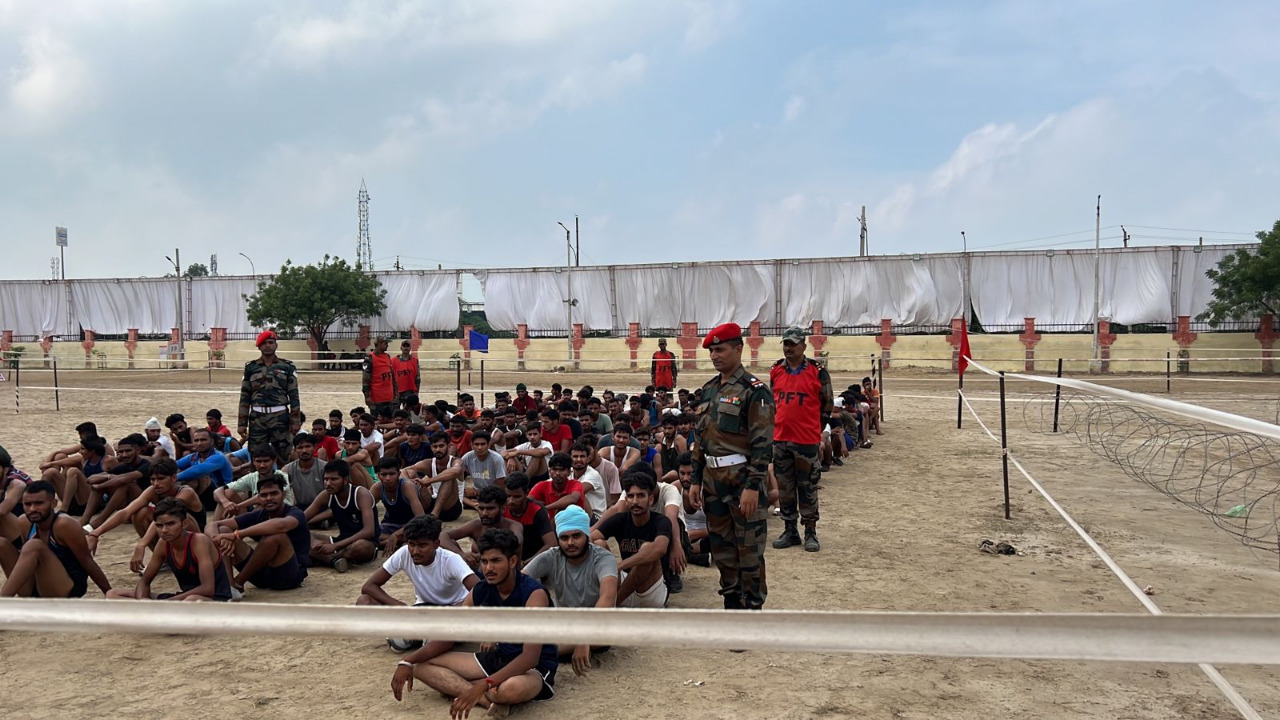 Jaipur: Under the Agnipath scheme, Headquarter Recruiting Zone Jaipur has conducted two Agniveer Rallies in conjunction with South Western Command   at Bikaner and Behror repectively in September 2022, while the third rally is on going at Jaipur. Two more rallies are planned in the months of Nov and Dec 22 respectively at Kota and Jodhpur for completing the Agniveer induction for the current year. The rally conducted at Bikaner witnessed participation of 39,544 youth from Bikaner, Churu, Hanumangarh, Jhunjhunu and Sri Ganganagar while that at Behror witnessed participation of 39,384 youth from Alwar, Bharatpur and Dholpur districts of Rajasthan vying to join glorious Indian Army as Agniveer.

The footfall for the rallies too has been very encouraging with more than 39,000 candidates participating in both the rallies conducted in Rajasthan so far in Area of Responsibility of South Western Command. The rallies have been conducted with complete transparent procedures and process with adequate checks and balances alongwith use of automation and technology. Elaborate and well thought out arrangements were made at both rallies by ARO, local military formations and civil administrations which resulted in excellent response of applicants and smooth conduct of rallies. All facilities including transport arrangements from respective districts to the venue and administration arrangements at the venue were provided by civil administration and local military authority.

After the medical tests, Common Entrance Examination of the successful candidates will be conducted on 13 Nov 22 for the two rallies conducted and one ongoing at Jaipur. The candidates displayed good discipline and enthusiasm during the rallies.

Successful treatment of 4 patients who have cancer in Paras Hospital