Hindi is a powerful medium to unite the nation: Om Birla 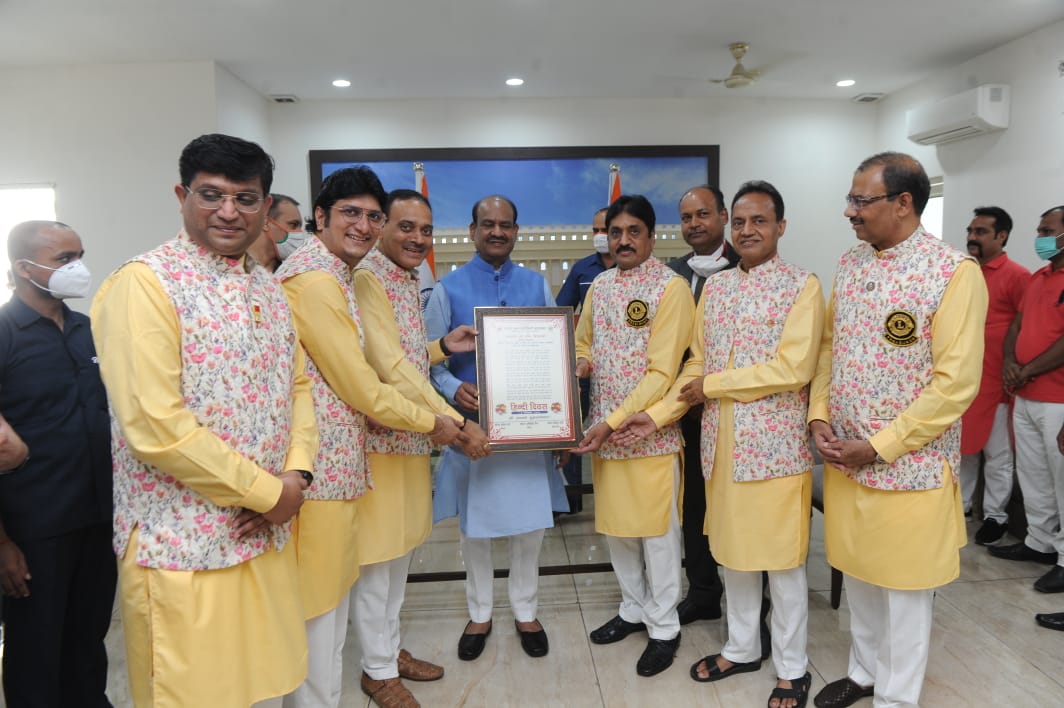 New Delhi :  Narrating the versatility & convenience of the national language Hindi in the development of a new India, the Speaker of  Lok Sabha Shri Om Birla said that language is also the basis for the development of human beings and civilization. Hindi is the reflection of our culture, tradition and rituals. Hindi also introduces the present generation to the glorious past. Hindi is the main connecting thread that unites all the diversities of our country.

While discussing with the representatives of Lions Club New Delhi Alaknanda at his residence, Mr. Birla expressed the above words and wished him a Happy Hindi Day. The delegation was led by Lion Lalit Garg, President of the Club, in which former Chairman of CA Institute Mr. Harish Choudhary, Senior Vice-President of the Club Mr. Adeep Veer Jain, Vice-President Mr. Sushil Kumar Agrawal, Secretary Mr. Abhishek Jain, Treasurer Mr. Vikram Rathi etc. were present. . On this occasion, Shri Birla while releasing the poster of 'Azadi Ka Amrit Mahotsav' Hindi essay competition organized at the National level by the Club said that the Amrit Mahotsav of Independence is a matter of pride for the entire nation. We have to try our best to make this occasion memorable. In this essay competition, three fundamental suggestions have been invited from the participants for building a new India. Prizes will be awarded to the first three winners of this competition. Shri Birla appreciated the efforts being made by the Club with a view to promote Hindi language at global level.

On behalf of the Club, Shri Birla was presented with a citation, shawl, garland and bouquet as a mark of respect for his remarkable Hindi services. Club President Mr. Lalit Garg said that at present Hindi is the third most spoken language in the world. Hindi language is getting prestige in the world while Hindi is being neglected in the country. The present government is expected to establish Hindi as the national language.