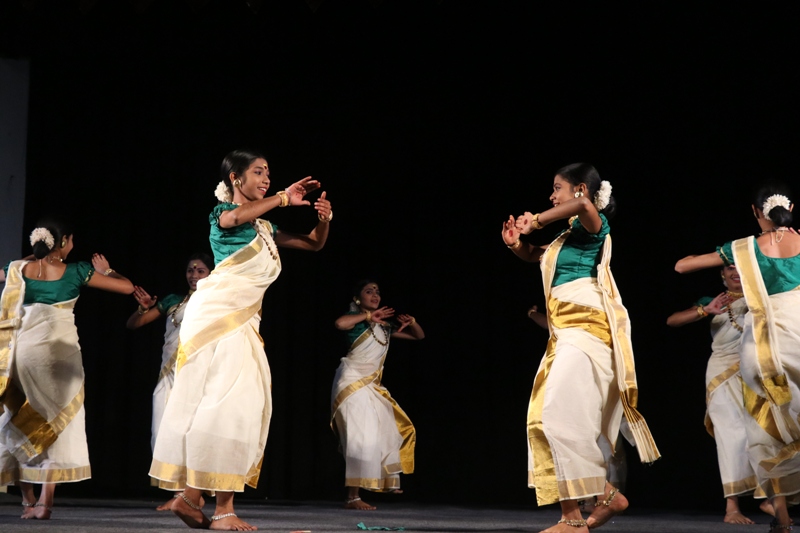 Udaipur witnessed colourful folk and tribal dances during the 70 th foundation day of Bhartiya Lok kala Mandal. Owing adverse condition due to Covid -19 for last 11 months, people could enjoy performance on line only. This was a refreshing treat to art and culture lovers of Udaipur as they experienced stage performances off line. This was amalgamation of Lokanuranjan Mela(22 to 24 Feb) and Padmashri Devilal Samar Natya Samaroh(25 to 28 Feb) along with a craft fair showcasing traditional crafts of India. The performing artistes as well as craft persons expressed triumph over this festivity.


Chakari, Kalbelia,Seharia,Kathaudi,Chang,Langa Manganiars, Angi Ger dancers of Rajasthan got opportunity to perform before the eager audience. Tribal Rathwas from Gujarat,Lawani and Koli Dance from Maharashtra,Bihu from Asam,Bhangda from Punjab,Vogu Dholu and Bonala Kolattam from Telangana, Pooja Kunitha from Karnataka and Opana as well as Margam Kali from Kerala show cased their talent with regional cultural flavour. It was most exciting to experience the rich heritage of India through cultural manifestation. Audience observed all safety protocols of Covid -19 during this period.
The Festival was inaugurated by Smt. Kiran Soni Gupta, Director of West Zone Cultural Centre along with Shri Jitendra Upadhyay, Commissioner (TAD) who were welcomed by Shri Riyaz Tehsin ,Vice President and Shri Satya Prakash Gaud, Hon. Secretary.


This Festival was a welcome relief for the Art and Culture lovers of Udaipur. There are other cultural activities including Night tourism have started in Mewar which give encouragements to artistes and art lovers. Keeping in mind the health and Corona protocol people can enjoy all recreational activities while staying safe.
Tail piece -- After a long spell of 12 Months WZCC is staging a play in Rangshala at Darpan hall ,Shilpgram on Sunday,7 th March. The Delhi based group is presenting play “Main Bhee Ma Ban Gaya” written by Sunil Raj and Directed by Sunil Chauhan.-