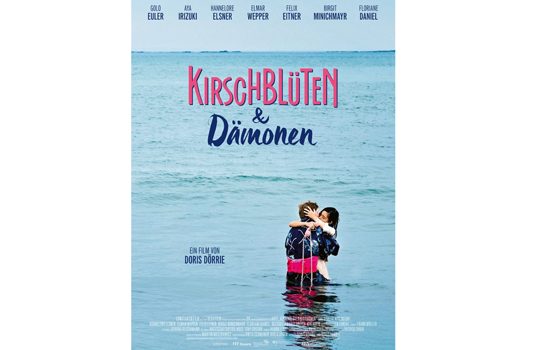 JAIPUR: The five-day digital edition of the13th Jaipur International Film Festival (JIFF) concluded on Tuesday. Thousands of people from India and abroad watched 266 movies from 44 countries in that were screened online JIFF-2021. The best part of the event was that even during the tough time such as corona, the organisers organised it on the scheduled time.

The organisers and jury announced the awards for the movies from India and abroad in nine categories, which are as follows –

In the Feature Fiction category, the Golden Camel Award for Best Director, Red Rose, Best Makeup and Hairstyling and Best Film from European continent goes to the movie ‘Cherry Blossoms and Demons’ directed by Dorris Dorrie from Germany.

The Award for Best Original Screenplay, Best Cinematography and Best Film from Asian continent goes to the movie ‘The Highland Reflections’ directed by Yang Fan, Golden Chen from China.

The Green Rose Award for the movie that gives Global Message, Best Political and Current Issue goes to ‘Kaali Maati’ directed by Hemant Kumar Mahale from India based on farmers.

The Award for Best Jaipur Critics Film goes to ‘Tango Shalom’ directed by Gabriel Bologna from the United States.

‘When Mom Is Gone’ directed by Zeynep Gulru Kececiler from Turkey won the award for Best Short Document in the Short Documentary category.

‘Pichhutan’ directed by Avik Bhanja from India won the award for Short Fiction (Mobile) in the Short Film – Mobile category.

‘Smile’ directed by Kevin Uskokovic from Australia won the award for the Best Ad Film in the Ad Film category.

COMING STARS PANORAMA (ONLY FOR STUDENTS)

U TURN RAJASTHAN PANORAMA (ONLY FOR THE HOST STATE RAJASTHAN

Winner of International Screenplay Competition – ISC@JIFF  - First screenplay – ‘Baabul’ written by Ronika Merl from Ireland, second screenplay to ‘The Spiritualization of Jeff Boyd’ written Uwe Schwarzwalder from Switzerland and the third screenplay to ‘Protector of the Emerald City’ written by Kevin J. Howard from United States.

Shiv Hare, director of ‘Atkan Chatkan’ on Lydian winning Best Child Actor Award said, “Lydian deserves it. This child has never acted earlier and he learnt Hindi language coming to Jhansi in a few days and made this character immortal.”

Similarly, Louise Heem, director of the movie ‘Juan’ for being selected as the best director for feature documentary said, “I’m really grateful to JIFF organizers who made the festival happen despite the very difficult context. Juan is a story of separation and adoption. It is a quest for origins and identity. I really hope that this story about family ties and emotions will help to build bridges and connections between different people in the world.”

Riniki Bhuyan Sharma, producer of ‘Porichoy – The Identity’ felt extremely honoured for the movie being selected for JIFF Awards and extended gratitude for the recognition.

Award Ceremony is proposed in March end or April

JIFF Founder Director Hanu Roj said, “We have announced the winners on Tuesday and it is proposed to hold the award ceremony in the month of March end or April and organising few other activities such as workshops, seminars and discussions.”