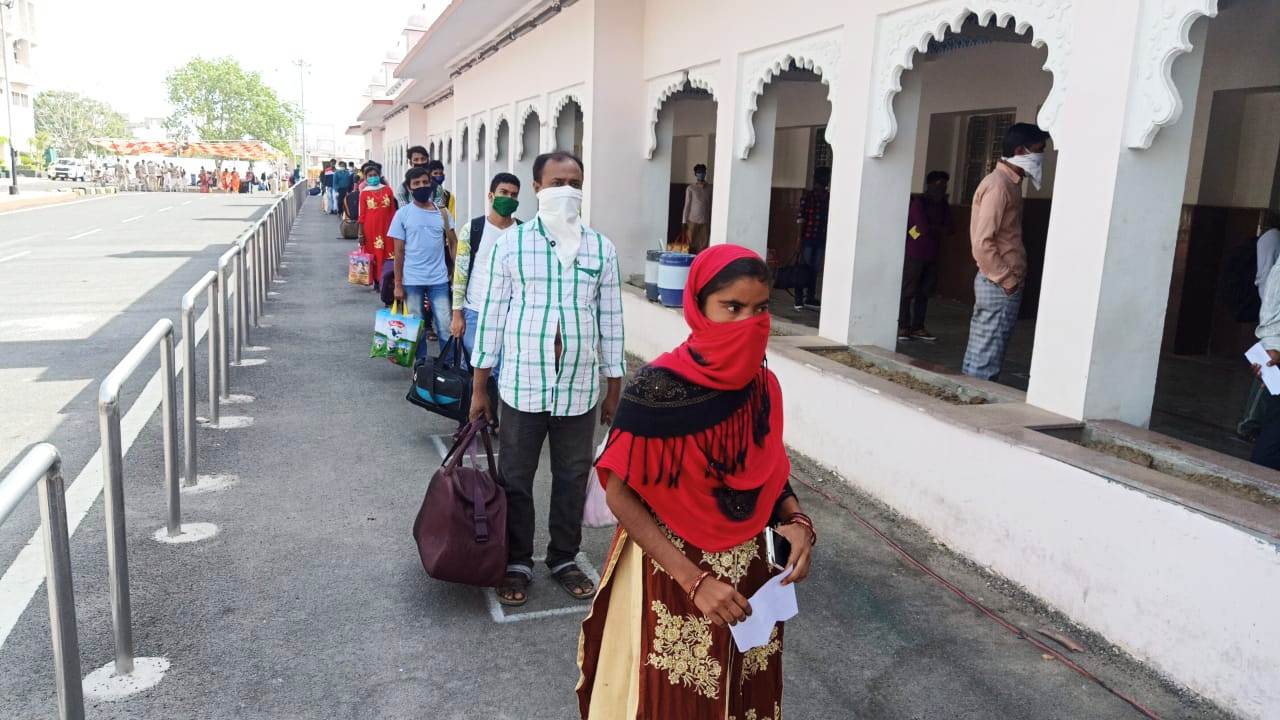 The process of sending migrants from other states to Udaipur / district continued on Thursday. During this period, workers from West Bengal and Bihar were sent to their home areas.

Nodal Officer and ADM (Administration) O.P. Bunkar said that the Shramik Express train on Thursday left for West Bengal carrying migrants from Udaipur. The train, which had 1204 migrants, will travel 1974 kilometers to Malda Town, West Bengal.

Earlier, all these migrants were brought from various areas of the district to the railway station through 35 buses and ten jeeps under the direction of District Transport Officer Dr. Kalpana Sharma. Along with this, 5 buses and 4 jeeps were arranged by the Transport Department to bring the workers of Bihar to Udaipur.

Migrants from Bihar sent to Bhilwara by buses:

Similarly, roadways buses carrying workers from Udaipur to Bihar also left for Bhilwara. There were 97 migrants in these buses. These workers will depart from Bhilwara by a special train to Bihar. These buses are green flag ADM (Administration) O.P. Bunkar showed. Officer-employees, including Roadways Chief Manager Mahesh Upadhyay, were present on occasion.