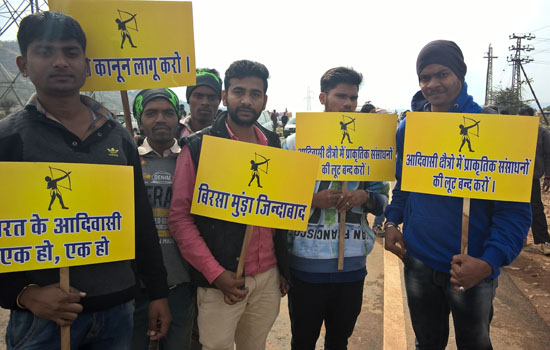 The rituals of celebrating the World Environment Day are over and those who could get some media space are happy that they have done their lot to save the environment. Amidst this ruckus the people of Bichhdi village near Hindustan Zinc Smelter are fighting a case filed against them by the owner of a factory which had been polluting their land, wells, air and had destroyed all vegetation in the nearby villages. The story is nearly forty years old when Hindustan Agro Chemicals and other five industries in the region caused havoc by their effluents causing huge damage to environment and putting the lives of nearly twenty villages in danger. It is alleged that the industries which produced Hcl acid allowed the effluent of their industries to drain in open nullahs without treatment. This effluent polluted their water sources and fertile land. It even polluted Ayad river and reached Udai Sagar. The villagers organized themdelves in the form of Navyuvak Mandal and wrote a complaint to the then Prime Minister Rajeev Gandhi.A case under section 133 of CrPc was filed and the villagers engaged Advocate Manna Ram Dangi who later coordinated the entire movement of the peasants. A Sangharsh Samiti was also formed in which journalist Himmat Seth and CPIML leader Srilatha Swaminathan  also joined. The Sangharsh Smiti organized a Dharna for fifteen days and also Gheraed the factories. The district administration closed down the factory Hindustan Agro Chemicals for sixty days under section 144. Against this order the owner of the factory O.P.Agarwal moved to the High Court. After a long legal battle fought at High Court and the Supreme Court of India in 1996 the apex court ordered the closure of five factories in 1996. The apex court also ordered the polluting industries under the principle " Polluters Pay" to pay Rs. 38 Crores for the treatment of soil and water sources of Bichhdi and the surrounding villages. It was the duty of the Collector , Udaipur to get the penalty deposited but nothing could be done. Advocate Manna Ram Dangi , who coordinates the entire movement told that only 60-70 lakhs were recovered which were spent on the Home Guards deputed in the factories but nothing was spent on the treatment of the soil or water bodies. The amount has grown to Rs. 200 crores with the passage of so many years. The irony is that the owner of the industry  accused of  the  pollution has filed a case against the villagers saying that they have made wrong charges. The truth is that a team of scientists from Rurkee and Kanpur had come under the orders of Ministery of Environment , Government of India and had verified the charges on the basis of which honourable Supreme Court of India passed the judgment.

The hills around Udaipur are being destroyed by mining and building mafia in Udaipur, water bodies are being destroyed by colony builders and streams and natural water drains are blocked by the dumping of waste material and construction of highways. Agriculture is being destroyed by industrial pollution. Lack of employment opportunities in the rural areas is forcing villagers to urban areas. All these issues need to be addressed otherwise all activities of celebrating the environment day  will prove only cosmetic.