US TRADE DEFICIT WITH INDIA AN ISSUE, LIKELY TO BE ADDRESSED

US TRADE DEFICIT WITH INDIA AN ISSUE, LIKELY TO BE ADDRESSED WITH SUPPORT OF INDO-US BIZ CEO FORUM, SAYS MINISTER COUNSELOR FOR COMMERCIAL AFFAIRS, US-FCS 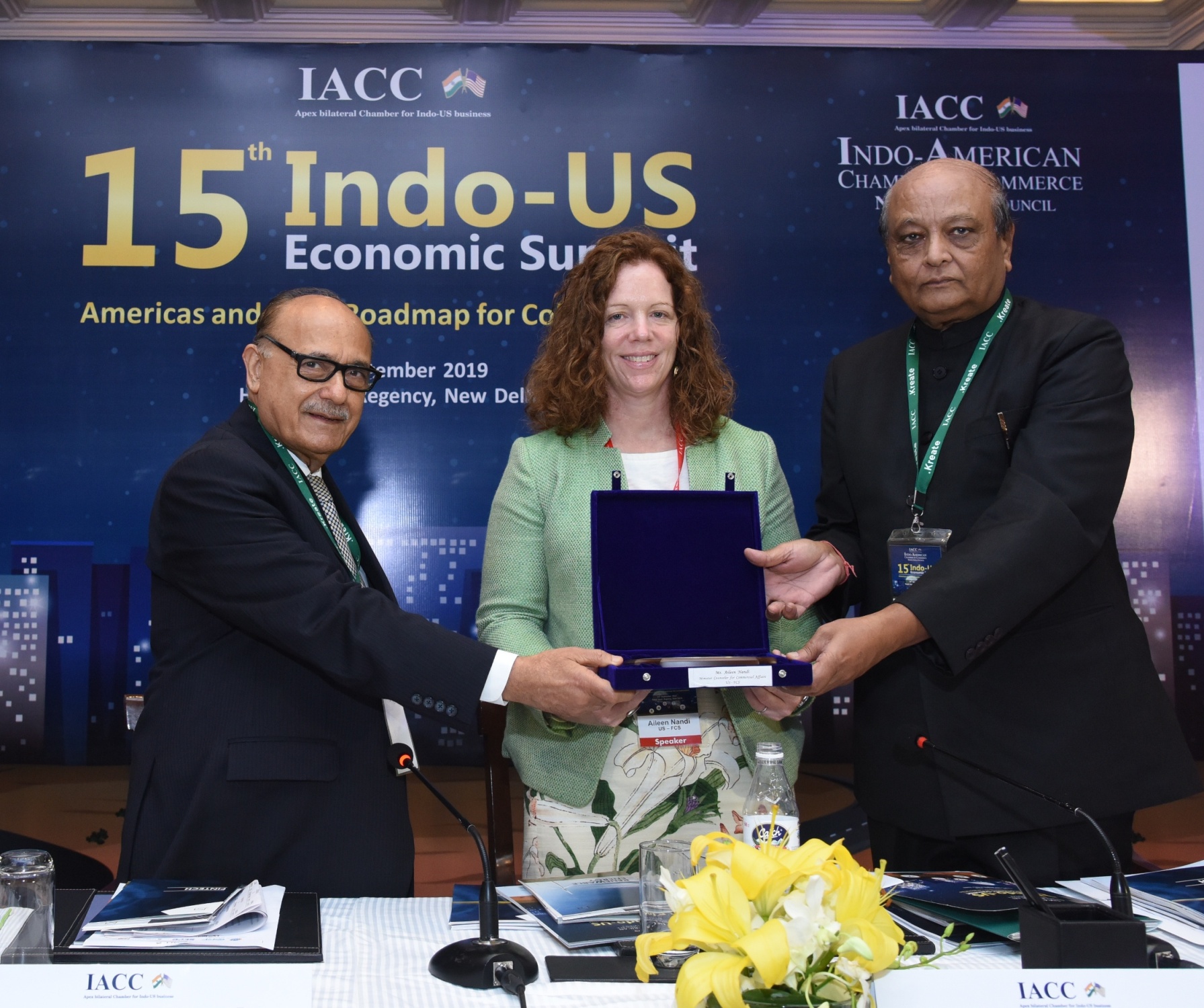 New Delhi, : the United States of America on Friday expressed its concern on its increasing trade deficit with India in the last couple of years and hoped that with Indo-US Business CEO Forum meeting here in New Delhi sometimes in early future would explore possibilities to strike a suitable balance between the bilateral trade of India and US for better tomorrow.

The aforesaid observations were made by Minister Counselor for Commercial Affairs US-FCS Ms Aileen Nandi while addressing 15th Indo-US Economic Summit under the aegis of Indo-American Chamber of Commerce- North India Council (IACC-NIC), exuding confidence adding that the bilateral trade would progress with balancing approach in future.

She was of the view that since the political relationship between India and US have begun to grow and diversify with conciliatory mode and big-ticket Indian businessmen aggressively making their investments in US, the two-way trade would flourish in a manner that would address the concern of increasing trade deficit of US towards India.

Ms. Nandi also observed that with Indo-US Business CEO Forum, having its interface regularly, the issues of mutual concerns relating to Indo-US trade would get resolved and investments from India to the United States and a vice-versa would apportion as per expectations of trade and business of the two countries.

According to her, the targeted trade between India and US for immediate future would be achieved with corrective measures in place and even exceed the way the two nations are progressing in their trade advancement negotiations. She hoped that both India and US would accelerate their trade in defence, agriculture, Goods & Services of multiple dimensions including IT and IT-enabled services.

Speaking on the occasion, Summit Chair Indo-American Chamber of Commerce, Dr. Lalit Bhasin expressed confidence that Indo-US bilateral trade has begun to multiply with Indian businesses finding and realizing investment opportunities in the diverse landscape of the United States as according to him, Indian businesses have made an investment in US in recent past that roughly measures at US$ 13 billion. “Likewise, efforts should be made and conditions created so that similar flow is generated for the US investments towards India though the industry of US is largely represented in India in a host of economic activities”, concluded Dr. Bhasin.

National President Indo-American Chamber of Commerce Mr. S K Sarkar in his remarks pointed out that agriculture, defense, food processing and host of similar sectors assume large possibilities through which India and US could come closer and cement their ties for enhanced trade and economic cooperation between the two countries.

Among others who also spoke on the occasion were Executive Vice President Indo-American Chamber of Commerce, Ms Rajyalakshmi Rao, Mrs. Aruna Sethi and Joint Managing Partner, J Sagar Associates, Mr. Amit Kapur and Mr. Sanjay Aggarwal, Vice President PHDCCI in his capacity as Guest of Honour of the event.