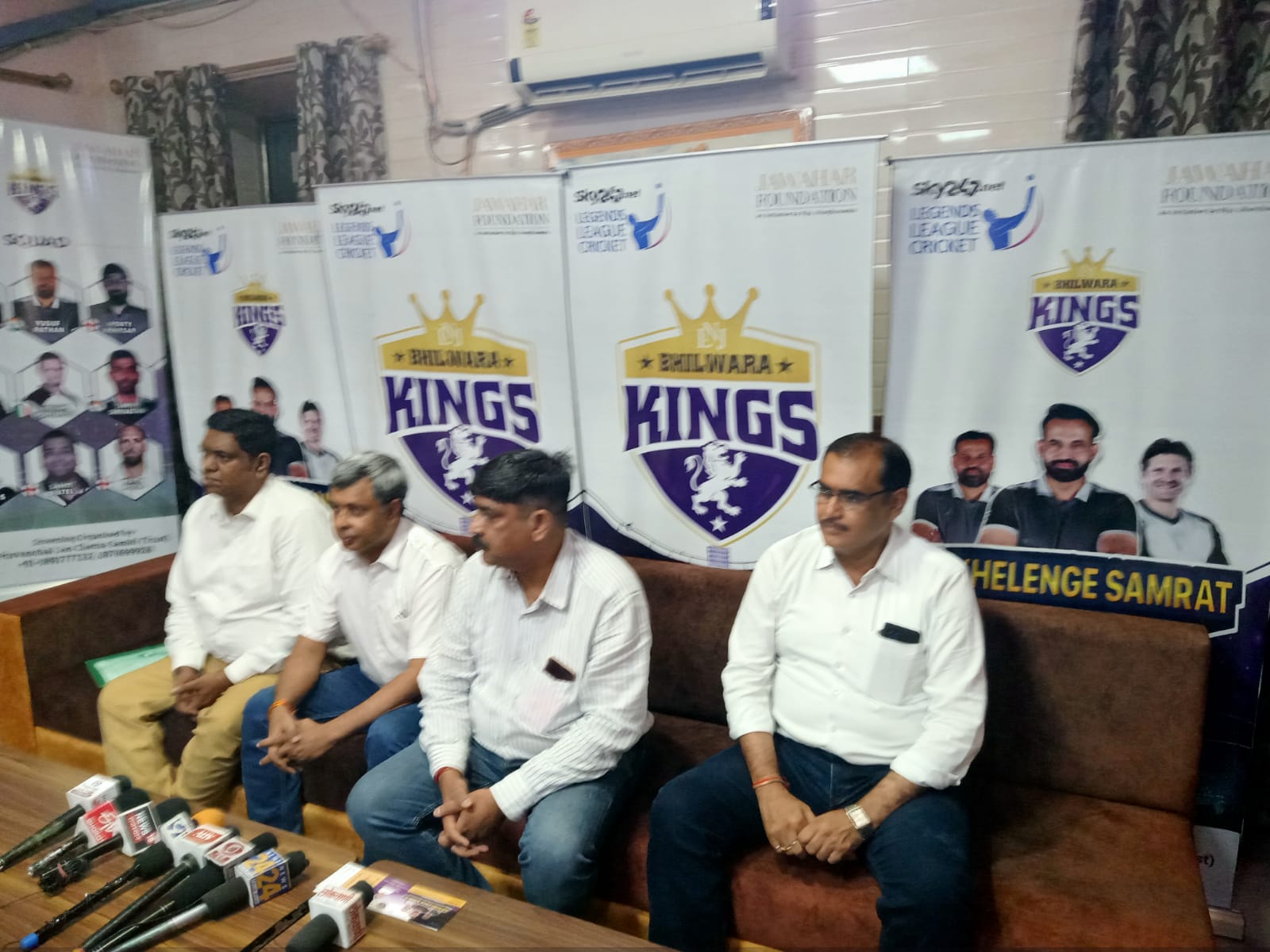 Bhilwara (Pawan Garg)Rajneesh Verma, OSD of LNJ Group and founder president of Purvanchal Jan Chetna Samiti Charitable Trust, said that a team playing under the Legend Cricket League got its name after the city of Bhilwara. The match was shown to the general public at Azad Chowk with an LED screen. Vikrant of Ghoomar Group made a spectacular presentation and enthralled the people.

The fashion show was also organized, it is a matter of pride for all of us cricket which resides in everyone's heart and the same sequence a new effort was made to revive the nature of legend cricketers under which all world famous records Holder old cricketers who will now play a group of national and international players will play under the legend cricket league pattern of T20.

It will be organized from September 16, 2022, to October 5, 2022, in various stadiums, and its broadcast will be shown live on the Star Sports Hindi channel daily.

A match of Bhilwara King will be held on September 30 at Barkatullah Stadium in Jodhpur, Rajasthan. The live screen of all the games played will be in Bhilwara city. Many people are expected to go from Bhilwara on this occasion, and a proposal for possible help is also under consideration.

From 18 and 21 September 2022, people will get a chance to watch the live broadcast through the LED screen in the courtyard of Azad Chowk, to which the residents are invited.

In the match held yesterday, September 18, Bhilwara King defeated Manipal Tiger by three wickets at the stadium in Lucknow.

The live telecast of September 21 will be from 7:00 pm in the courtyard of Azad Chowk.

After that, the match of Bhilwara Kings will be shown through an invitation to Maharana Pratap Auditorium on 26, 27, and 30 September.

Its main objective is that all the residents of Bhilwara city should feel proud that today a team is playing in the name of their town and that Bhilwara is getting famous on the world stage. Industrialist Riju Jhunjhunwala organized this team.

People are requested to watch various matches on Star Sports every day from 7:00 to 11:00 pm and encourage the legends

to work towards fulfilling their social responsibility towards art and sports. National and international players are also participating in this format.

This is a positive step by LNJ Group Cricket most famous of all sports.

A resident of Bhilwara, I can feel you emotionally attached to this team. In time, along with the best world record, it has also made a mark. On this occasion, SK Mittal, COO of LNJ Group, Atul Yadav, Dr. Ashok Singh of Purvanchal Samiti, and Dr. Ashok Singh Medical Relief Committee. Rakesh Mansinghka Deepak Vyas Jugal Banjara, Dharmendra Kothari Mohit Goswami Rajkumar Jain from Haroon Rangrej Gau Sewa Sangh were present.