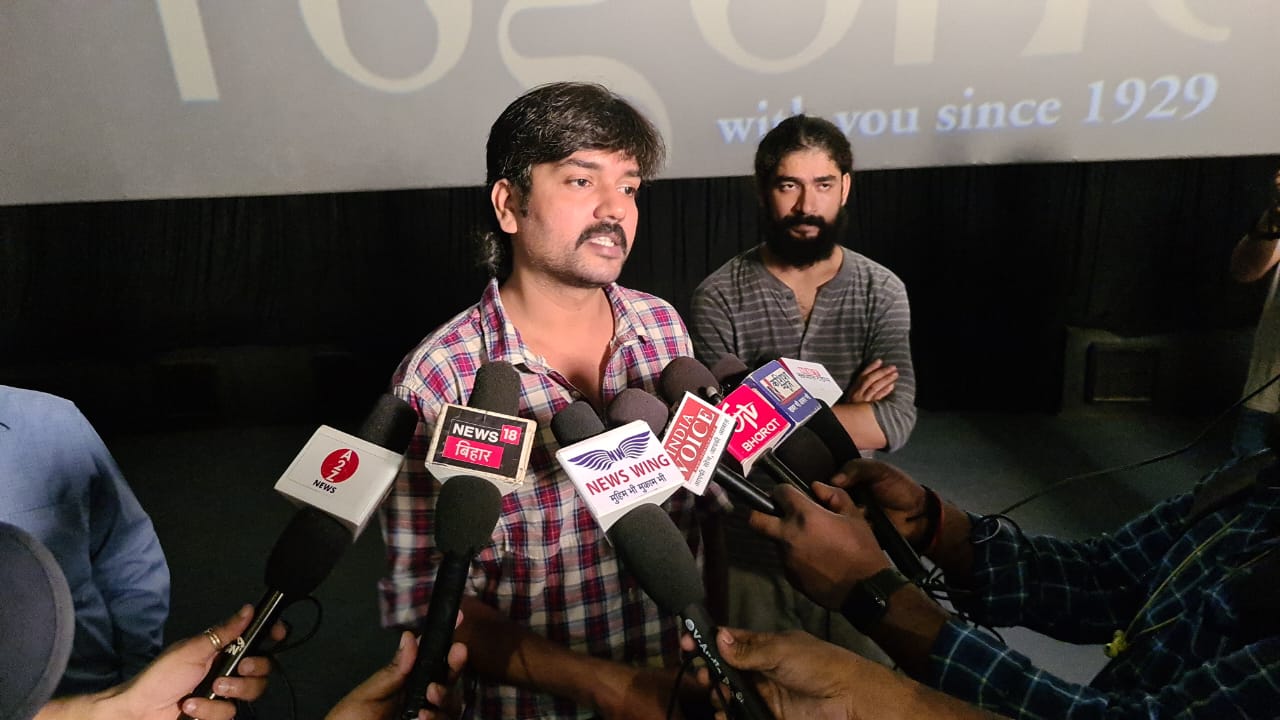 There was a huge crowd of spectators in Patna's Regent Theater on Thursday morning. The occasion was the screening of Bihar's first musical drama Saanjh Sakare. The audience was in awe of the song in the packed theatre. It was being compared to a big-budget project of Bollywood. Today this song has been released on all the major music platforms of the country, including Stitching Frames Entertainment's YouTube, which is getting a lot of love from music lovers.

The specialty of this musical drama is that its entire shooting has been done in Bihar itself and all the actors, technicians, music directors etc. are all from Bihar. Abhinav Jha, a native of Darbhanga Bihar, has directed it. This musical drama depicts the perfect journey of a youth caught in corruption and drug addiction due to unemployment. In this musical drama Gangs of Wasseypur fame famous actor, Satyakam Anand is in the lead role as well as Siddhant Setu, Rajendra Narendra, Ratnesh Pandey, Nitish Patel and young actors Virat, Vaibhav are also seen in important roles. Its producers are Abhinav Jha and Farog Azam.

On the occasion of the screening, the director of the film Abhinav Jha said that we need to have expectations from ourselves and we need to do a lot of work before making an industry in Bihar. We are capable of this, we have to prove this. There is no shortage anywhere in Bihar, there is a lot of resources, if there is a need, then its proper use is needed. This video of ours can be seen on Stitching Frames Entertainment's YouTube channel. Abhinav Jha is going to make Tridev in future which is a feature film, that will also be introduced soon. All the actors in Tridev are from Bihar.


Source :
This Article/News is also avaliable in following categories : Headlines , ,
Your Comments ! Share Your Openion