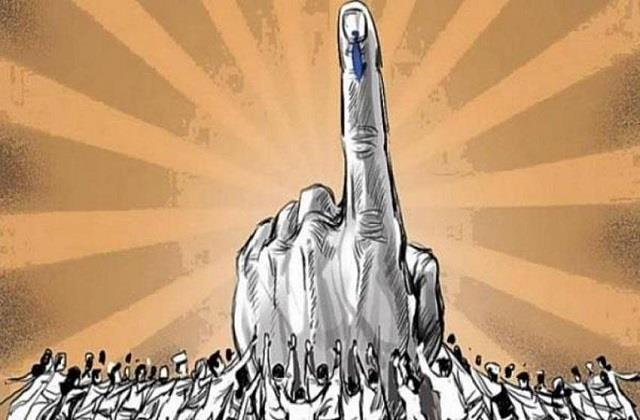 In view of the upcoming assembly elections in Punjab, Aam Aadmi Party leader and Delhi Chief Minister Arvind Kejriwal is putting all his might, making many announcements to cherish the voters, these days one such announcement remains the subject of discussion in which he announced It has been said that if his party forms the government, then every month Rs 1,000 will be deposited in the account of all women above 18 years of age in the state. Elderly women will get this amount in addition to old age pension. He may have linked this scheme with women empowerment, but it is a public-popular announcement that directly tempts the women of Punjab to vote in his favour.

Arvind Kejriwal, who has tried his luck in Indian politics by sounding the bugle against corruption, has become famous by distributing charities and announcing free facilities. By the way, the culture of distributing freebies is increasing in every party. In a democracy, such absurd and exaggerated declarations and assurances pollute politics, which is not only fatal but also indicates a great anomaly. Any ruling party is given the responsibility not to loot the hard earned money of the people, but to use it in public interest and developmental works. Only by discharging this responsibility properly, any ruling party or its leader can remain capable of power.

This announcement of Kejriwal raises many questions. Does such a declaration constitute any kind of fundamental development? Isn't this a violation of the basic spirit of democracy? Is such a declaration expected in a prosperous province like Punjab? How many such women are really in need of such an amount? The question is also why the 18-year limits? Why should girls in the age group of one to 18 years be discriminated against in any public welfare scheme? Because they don't have the right to vote? How long will the trend of distributing such unnecessary rewards in election manifestos last? It has become necessary to find answers to these questions because forgetting development, all political parties are now engaged in distributing such rewards and cultivating free culture.

What kind of democratic framework is being created in which parties have gone beyond their limits to make populist promises, it cannot be said in any way in public interest. Unaccountable populist announcements and unfulfilled assurances may bring immediate benefits to the parties, but are also likely to adversely affect the long-term social and economic condition of the country. This has led to the crippling of development plans and the mentality of freebies has started spreading among the people. The question is, how can political parties and politicians be so irresponsible and selfish under the influence of power?

The question is whether public resources should be made available to anyone absolutely free of cost? Do governments have the right to spend public money as they please? When governments are not in a financially comfortable position. This trend is not only motivated by political gain, but also covers institutional failure, and cannot be confined to a single party or government. Some governments, by running a campaign, spend crores of rupees of the hard earned money of the common man in telling how they have made the country shine. The educated unemployed considered this kind of bigotry and free culture as an insult. Many times governments do not have enough resources to save their people from calamities like lack of people, hunger, unemployment, pollution. But when they do not have money to solve these basic public problems, how do they distribute the facilities for free? Why do crores and billions of rupees are spent in their promotion?

In South India, especially from Tamil Nadu, this free distribution tradition now dominates almost the entire nation. Keeping the economy and the financial condition of the state at bay, almost all the parties and governments have distributed or promised to distribute from ornaments, laptops, mangal sutras, TVs, smartphones to rice, milk, ghee. This is the height of freebies. Free medicine, free test, almost free ration, free education, free marriage, free land lease, free house building money, child birth money, no child birth (sterilization), free school food, free Electricity Rs 200 a month, free pilgrimage, free water. Everything is free from birth till death. There is a competition to distribute freebies, then why would anyone work? How will the country develop with the culture of free distribution?

From the last ten years to the next twenty years, such a whole generation is being created or our leaders are creating a generation which will completely depend on free culture. If you ask them to work, they will abuse and say, what is the government doing?

The limits of irony and inconsistency are being crossed. No party gives these freebies and donations from its own funds. They use taxpayers' money. We are creating 'parasites not citizens'. How long will the taxpayer minority of the country take care of the majority society for free? When this economic equation will spread, then this free culture generation will be twenty thirty years old. One who has never eaten hard-earned bread in life, he will always eat it for free. If not found, this generation will become Naxalite, become extremist, but will not be able to work. What kind of society are they creating? What kind of anomalous politics is this? There is a need to think seriously.

Certainly the poor women of Punjab will benefit from such a scheme, but the question is, are all the poor women in Punjab? Then what is Kejriwal trying to convey by providing such assistance to rich and prosperous women? As the promise of free electricity and 20 thousand litres of water to every family in Delhi every month up to 200 units has stalled the development of Delhi? Roads are broken; no new development plan has come out. Despite such conditions, the Aam Aadmi Party has achieved resounding success in two consecutive elections. But he has also started such a tradition that inspired by it, political parties of those states have started competing to promise free facilities to a ridiculous level, which are economically counted diseased states.

In the present era, the spark of lust for power has been ignited so much, politics are crippling the people and the system is going on for the taste of power. The primary responsibilities of social reform, employment, creation of new enterprises, promotion of agriculture, revival of rural life have been absent from the books of political parties, all political parties have gathered in the effort to make their hands yellow without applying mehndi. Instead of saving the public from the addiction of freebies, they are trying to straighten their political desires by catching them. In a democracy, making people negative, lazy, greedy, indolent, lunge, is it an example of political doers? Has your own interest and selfishness become omnipresent? In fact, through free means, we will give birth to a society which will be dependent and dormant without becoming productive and this will have a direct impact on both the ecology and progress of the country. The question arises that how long will we continue to support this immoral politics? The first responsibility to curb this is on us people. In a healthy and ideal democracy, the first responsibility of governments is to implement such schemes, which can lead to all-round development.