ONE MORE MARKET IMPACT RAIDS BY KENT AT BOKARO 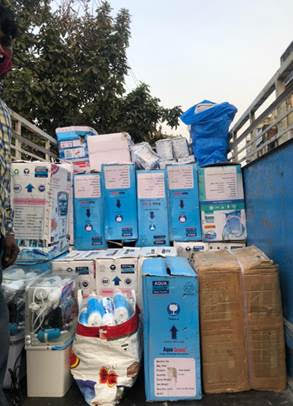 Kent is now aggressive to eliminate the counterfeiters from the market. Keeping pace with its strategic action plan, it has conducted the present Market Impact Raids. In future Kent is strategies such impact Raids in major cities of the Country

Kent formed two teams of Investigating Agency appointed by it for above Market Impact Raid:-

In All 3 cases Police is taking appropriate legal action.

Revealing this information, the Kent RO’s brand custodian said that “It since long it has been observed that there is a large racket behind, duplicate spare part were manufactured and supplied to various cities counterfeiters, rolling out spurious products and is playing with the health of innocent consumers".  Kent is aggressively pursuing the seizure of duplicate parts by appointing investigating agencies in all parts of India. More raids and seize operations will be conducted soon to unearth this entire racket involved in counterfeit and duplicate product and spare part of Water purifiers.