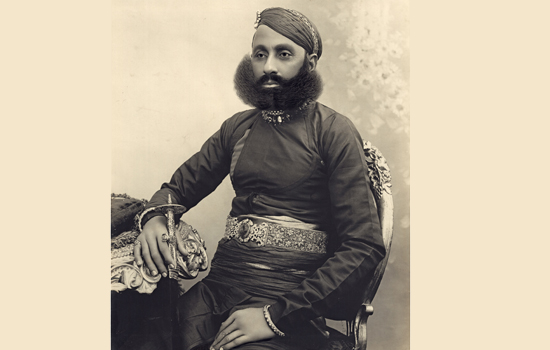 After ascending the throne, he revolutionized the living standards of public by modernizing administration and constructing educational institution. During his reign, Mewar Government established 47 new primary schools all over Mewar. The Bhupal Nobles School was established in Udaipur for students from Rajput community. Medical facilities were augmented and improved. In July 1894, the Sajjan Hospital was replaced by the Lansdowne Hospital and the State possessed 20 Hospitals and dispensaries until 1901. During his reign the land revenue settlements, roads and irrigation works became better and telegraph services were started in the State. Maharana Fateh Singh was a farsighted ruler. He maintained good relations with the British government but was also aware of the dignity of the throne of Mewar. In 1887, he celebrated the golden jubilee of Queen Victoria of England but Maharana Fateh Singh became the only Indian ruler who did not twice attend the Delhi Durbar in 1903 and 1911. The chair which was assigned for Maharana Fateh Singh to attend the Durbar of 1911, was later sent to Udaipur and is presently exhibited at Baadi Mahal, The City Palace Museum Udaipur.

He welcomed the Duke of Connaught Prince Arthur (1889), Prince Albert Victor (1890) at Udaipur, but at the same time he also encouraged people directly/indirectly, who were involved in national movement. In 1887, he received a G.C.S.I decoration from the British Government. Maharana Fateh Singh established Mewar Risala, later it was converted into Mewar Lancers during the First World War between 1914 to 1918. However, he deliberately took so long to get it trained that by that time the War was over. He never wanted people of Mewar to take part in war, which he felt was the war between European powers and had nothing to do with India.