Dr. Harsh Vardhan elected as Chair of Executive Board of WHO 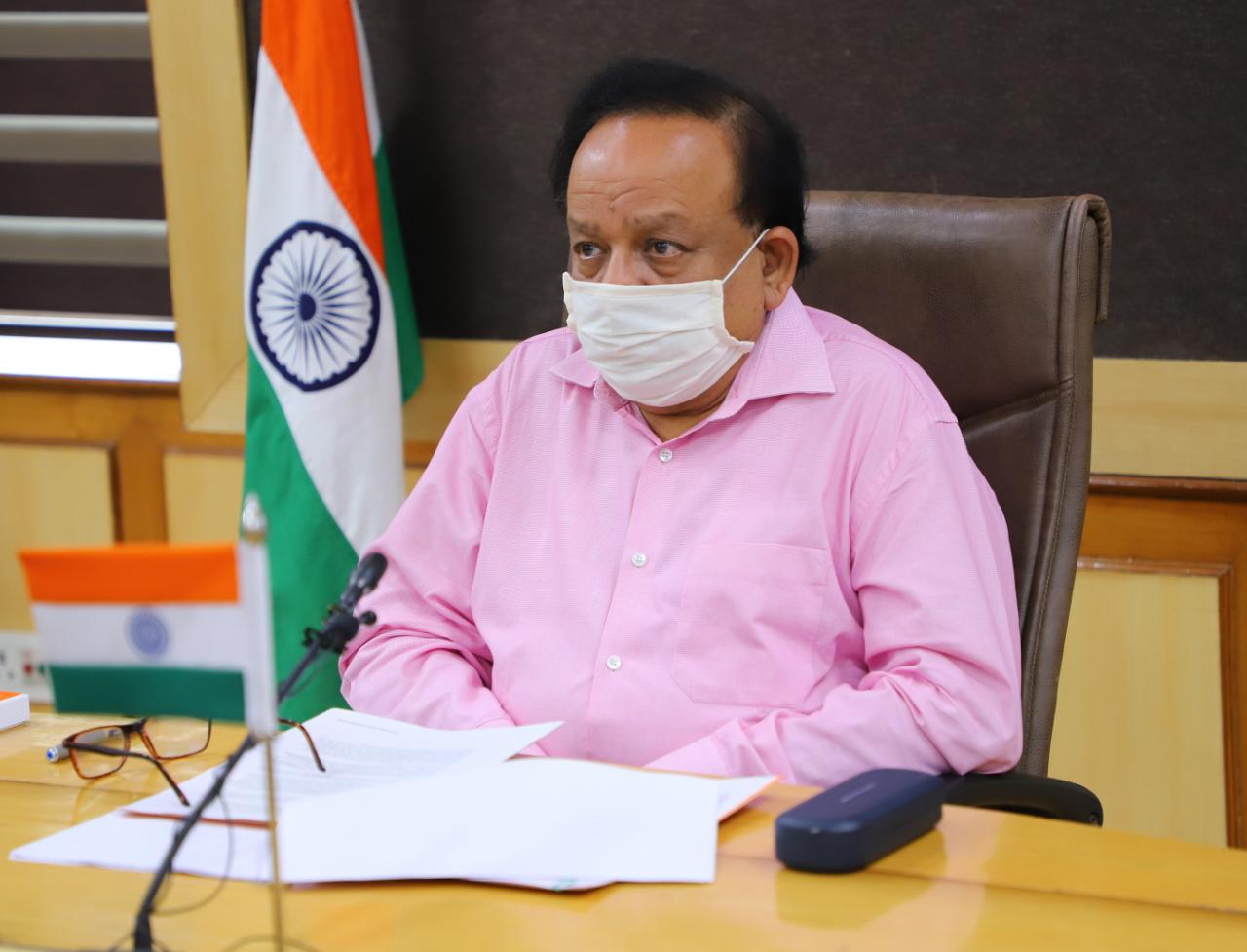 “Health is central to economic performance and enhancing human capabilities”

I am committed to working for the efficient, effective and responsive discharge of public health obligations: Dr. Harsh Vardhan

The Union Minister of Health & Family Welfare Dr. Harsh Vardhan has been elected as Chair of the Executive Board of World Health Organization for the year 2020-21. This took place today during the 147th session of the Executive Board, in a meeting that was virtually held. He has replaced Hiroki Nakatani of Japan.

Accepting the Chair of the Executive Board, Dr. Harsh Vardhan paid tribute to the lakhs of people who have lost their lives due to the global COVID-19 pandemic. He requested all dignitaries present on the occasion to give a standing ovation to all the frontline health workers and other COVID Warriors by saluting their dignity, determination, and dedication.

“I feel deeply honored to have the trust and faith of all of you. India, and all my countrymen, too, feel privileged that this honor has been bestowed upon us”, he stated. Acknowledging that this is a great human tragedy and the next two decades may see many such challenges, he stated that “All these challenges demand a shared response because these are shared threats requiring a shared responsibility to act.”He further added that “while this is the core philosophy of our alliance of member nations that comprise WHO, however, it needs a greater degree of shared idealism of nations.” He said that “The pandemic has made humanity acutely aware of the consequences of ignoring the strengthening and preparedness of our healthcare systems. In such times of global crisis, both risk management and mitigation would require further strengthening of global partnerships to re-energize interest and investment in global public health.”

Dr. Harsh Vardhan also shared India’s experience of combating COVID-19. He noted that “We have a mortality of 3 percent only. In a country of 1.35 billion, there are only 0.1 million cases of COVID19. The recovery rate is above 40 percent and the doubling rate is 13 days.”

As the new Chair of the Executive Board of WHO, Dr. Harsh Vardhan underlined the need for higher commitments in respect of diseases that have plagued humankind for centuries, collaborations for supplementing each other by pooling of global resources, an aggressive roadmap to curtail deaths from diseases that can be eliminated, a fresh roadmap to address global shortages of medicines and vaccines and the need for reforms. “I am sure that constant engagement with member states and other stakeholders will reinforce reforms and help accelerate progress towards achieving sustainable development goals and universal health coverage with the most productive, efficient, and targeted utilization of resources. I will put myself to work to realize the collective vision of our organization, to build the collective capacity of all our member nations and also build a heroic collective leadership”, he stated.

Dr. Harsh Vardhan stated that WHO believes in the principle that the enjoyment of the highest attainable standard of health is one of the fundamental rights of every human being without distinction of race, religion, political belief, economic or social condition. “We, therefore, commit to working with the Member States; the Organization and the global community of partners for the efficient, effective and responsive discharge of public health obligations”, he added.

Dr. Harsh Vardhan while taking charge as the Chair of the EB also shared his thoughts on the future health scenario of the world. “I believe that health is central to economic performance and enhancing human capabilities. However, public health policy must be based and guided on a proper understanding of nature. This is also the underlying principle of the Indian traditional systems of medicine based on holistic health and wellness, which I have lived and experienced”, he said. He also outlined the policy of India towards ‘Universal Health for All’ through national flagships programs such as Ayushman Bharat with its twin pillars of Health & Wellness Centers (HWCs) and Pradhan Mantri Jan Arogya Yojana (PMJAY), being led by the dynamic and visionary Prime Minister Mr. Narendra Modi. Reminiscing about his long-standing association with WHO, he expressed his gratitude for the strong support of WHO in India’s fight against Polio. “If it had not been for the support and morale-boosting by friends in WHO, I would not have achieved what I did. If today, Polio stands eradicated from India, I must admit it could never have been possible without the perseverance of WHO”, he stated.

Dr. Harsh Vardhan has also been a member of several prestigious committees of WHO like Strategic Advisory Group of Experts (SAGE) and the Global Technical Consultative Group (TCG) on Polio Eradication. He has also served as an Advisor to the WHO.

The Executive Board of WHO is composed of 34 technically qualified members elected for a three-year term. The main functions of the Board are to implement the decisions and policies of the Health Assembly and advise and facilitate its work.

This is another feather in the cap of Dr. Harsh Vardhan’s illustrious career. He earned his graduation and post-graduation in medicine from G.S.V.M. Medical College, Kanpur in 1979 and 1983, respectively. He has been associated with public service since 1993 when he was elected to the Delhi Legislative Assembly. He served his constituency continuously for five terms until he was elected to the 16th Lok Sabha in May 2014 from Chandni Chowk constituency. From 1993 to 1998, he served as the Minister of Health, Education, Law & Justice & Legislative Affairs for the Govt. of NCT of Delhi. In 1994, as the Delhi Health Minister, he oversaw the successful implementation of the pilot project of the Pulse Polio Programme which involved the mass immunization of 1.2 million children up to the age of 3 in Delhi, laying the groundwork for a Polio free India in 2014. He has championed the passing and implementation of the Delhi Prohibition of Smoking and Non-Smokers Health Protection Act, 1997, which was later replicated by several States in the country.

Dr. Harsh Vardhan has been the Union Health Minister in 2014 and later took over as the Union Minister Science & Technology and Earth Sciences. He was also Union Minister for Environment, Forest and Climate Change. He was re-elected to the 17th Lok Sabha and sworn in on May 30th, 2019 as Union Cabinet Minister and was given the portfolios of Health and Family Welfare; Science and Technology and Earth Sciences.