Campaign for Empowerment of Hinduism 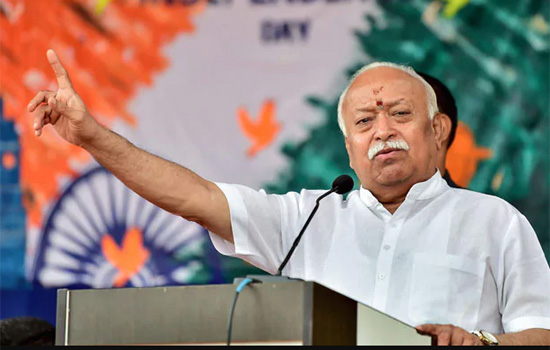 The fund collection campaign going on across the country for the construction of a grand Shri Ram temple in Ayodhya is a mirror of social equality and harmony, while the Bharatiya Janata Party and the Rashtriya Swayamsevak Sangh are also the medium of empowerment of Hindutva. Through thisVishwa Hindu Parishad is engaged in uniting and empowering hindu society by eradicating the differentiation between high and low class, narrow thinking, selfishness and casteism.

Shri Ram temple construction has been an important phase for the RSS to achieve the goal of Hindu renaissance and cultural nationalism. Since independence, political disregard towards Hinduism and Hindu faith had increased. By the way, the medieval and special Muslim rulers demolished the Hindu temples and Hinduism in large quantities. The RSS and its associated organizations have been the only medium to awaken about the rich cultural values of Hindus among the people.

The rich history of Hinduism and their and they're great kings has been ignored in the Indian education system. So it is our responsibility to awaken the Hindu communities and show respect about Hinduism. The RSS has gradually succeeded in creating these feelings within the people. The belief is being instilled in them that if the BJP remains in power, the path to the emancipation of the Hindu temples and faith will be smooth, not only the temples but also the agenda of Hindutva can be fulfilled.

The agenda of the RSS and the BJP includes the removal of Article 370 in Kashmir, the implementation of the Uniform Civil Code, prohibition of cow slaughter and the creation of laws intended to prevent love jihad, apart from the Shri Ram temple. A big issue is now the liberation of Shri Krishna's birthplace in Mathura and Shri Vishwanath in Kashi. The cases related to Mathura are pending before the court. The RSS wants that cases of small and big temples in different areas of Kashi Vishwanath and all over India should be brought in the courts, just like in Mathura. Hindutva faith and culture was brutally crushed from the very beginning, now the campaign to revive Hindutva culture by giving it dignity is going on.

Hindus have been witnesses of the darkest night; they will not reach each other's threshold if they do not hold each other's hand. In the coming time under a positive environment, till the completion of the construction of the temple, such awareness campaigns and programs of Hindutva will be organized that will awaken the Hindutva consciousness within Hindus, including India. The RSS talks of Hindu Nation since its inception. After nine decades, the RSS has been able to establish itself as the largest organization in the world, the reason being clear policy, positive thinking, and culture-thinking and strengthening its roots.

Rashtriya Swayamsevak Sangh, the world's largest volunteer organization, was founded by Keshav Balaram Hedgewar. With the goal of making India a Hindu nation, the RSS was founded on 27 September 1925 by Vijay Keshav, Keshav Balaram Hedgewar etc. Hedgewar was accompanied by Vishwanath Kelkar, Bhauji Kavre, Anna Sahne, Balaji Huddar, Bapurao etc. At that time the idea was to organize Hindus only. The RSS or BJP believes that India was, and will remain a Hindu nation. The RSS claims that it has over one crore dedicated members of life. The Sangh Parivar has more than 80 communicative or ancillary organizations.

The association is active in about 40 countries of the world. At present, the RSS has more than 56 thousand daily branches. There are also 13 thousand 847 weekly congregations and 9 thousand monthly branches. The RSS made many achievements in its long journey after hard struggle, while it was banned three times. The assassination of the Father of the Nation, Mahatma Gandhi, was seen as being linked to the RSS, the second RSS Pramukh Guru Golwalkar, was arrested. But the ban was lifted from the union after 18 months.

The RSS was banned from 1975 to 1977 during the Emergency. The third time was for six months in December 1992, when the Babri Masjid was demolished in Ayodhya on 6 December. The union of all the disparate circumstances and obstacles emerged with greater intensity and vigour each time.

Prime Minister Narendra Modi is taking such steps with full courage, prudence and fixed thinking, which has been maintained by every activist and supporter of Sangh Parivar for years. Direction and condition, time and coincidence are also supporting him. For example, the Supreme Court cleared the way for construction of Ram temple in Ayodhya. Prior to this, the decision of the court also provided the basis for the law to make triple talaq a crime.

After the court's decision on Ayodhya, the entire Sangh Parivar is pushing the temple construction process according to its own thinking. The program to connect the entire country with this is also creating a favourable environment. Because the RSS gradually established its identity as a disciplined and nationalist organization. Due to this, an atmosphere is being created not only in the country but also in the world. The truth is that there is no compulsion and cultivation of culture, human values and sensibilities.

The RSS clearly talks about strengthening Hindu society on the basis of its religion and culture. Only the volunteers who came out of the RSS established the BJP. Due to the efforts of the RSS and the BJP, the entire country has become beautiful; Lord Shri Ram belongs to everyone, so efforts are being made to seek the most cooperation in building his temple. For this temple, Guru Gobind Singh also fought the war twice. When Guru Nanak Dev came to Ayodhya, he told his disciple, Mardana, that this is the land of my ancestors.

This is the welfare land of 22 of the 24 Tirthankaras of Jainism, while Mahatma Buddha was associated with the lineage of Shri Ram. When Baba Saheb Ambedkar mentioned Ayodhya many times, Mahatma Gandhi gave up his life by calling Sri Ram. Hindu culture is not only the oldest, but also a rich and vibrant culture. It signifies nationality. Therefore, we must strengthen and enrich nationalism with our cultural elements; otherwise mental slavery will not let us remain proud of our culture.

This land of India where the Padukaas (kind of shoes) placed on the throne for the fourteen years in the absence of Shri Ram, where Mahavir and Buddha got ultimate pleasure in form of salvation, Shri Krishna gave the knowledge of the Gita in Kurukshetra and Gandhi’s became a symbol of rich culture on the world horizon. It’s time to conserve and protect our rich heritage and culture; many have tried to demolish our culture for their own benefits but it’s time to awaken and encourage the people towards Hinduism. The more the RSS and the BJP move in this direction, the stronger the country will be. The stronger their intentions are, the more public support will increase.