UCCI surveyed the lands of Udaipur division for setting up industries 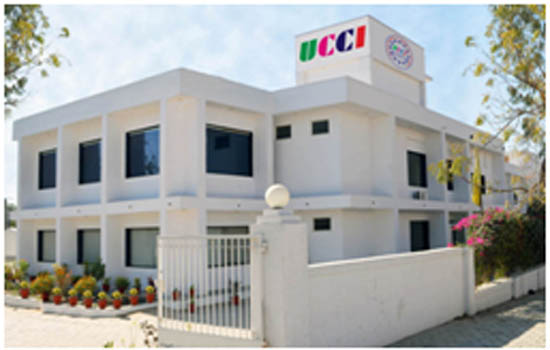 Udaipur. "Interest has been shown by the Government of India and the Government of Rajasthan to attract multinational companies moving towards India after Corona Virus, because of which the Udaipur Chamber of Commerce and Industry has recently come to know this through a survey & tried how much quantity of vacant land is available for setting up industries in Udaipur division.

This information was given by the President of UCCI, Mr. Ramesh Singhvi.

In the online survey conducted from May 11 to May 20, UCCI members were asked how much land is lying vacant under their ownership in agriculture, industrial, and commercial categories. Also, it was tried to know where these plots are located and their approximate square area. Apart from this, information was also collected about the nearest water sources.

Giving information, Chairman Shri Ramesh Singhvi said that details of total 64 lakh 50 thousand square meters (about 1600 acres) of land had been received by UCCI, out of which 93 percent land is in an agricultural area, 6 percent in industrial plots and one percent in a commercial space is available

This land is present at different places in the periphery of about one to one hundred and fifty kilometers from Udaipur district headquarters.

After analyzing the data obtained from the survey, a report has been prepared by the UCCI which was sent to the Union Minister for Industries, Shri Piyush Goyal, Union MSME Minister Shri Nitin Gadkari, Chief Minister of the State Mr. Ashok Gehlot and many other related ministers and departments along with the proposal of UCCI And has been shown Interest in this subject by the Union Ministry of Industry.

UCCI hopes that the government will use this survey to make efforts to bring companies from Japan, USA, and South Korea into Udaipur division who are considering bringing their industrial production units to India after the global epidemic of Corona. It will lead to industrial development in the Udaipur division, and new employment opportunities will be created.