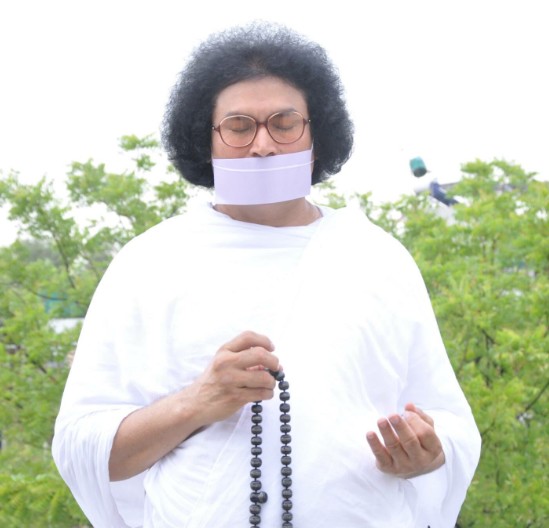 World Peace Day is celebrated every year on '21st September'. This day is mainly celebrated to build up peace and non-violence in the whole earth. Today, when the conditions are so worst and messy due to war, violence and pandemics in the world, it is very tough to establish peace between communities. The present scenario of this materialistic world isdominating the inner peace of people. The earth, the sky and the ocean are all disturbed. Political domination, economic selfishness and human hatred have fragmented human society. Although the message of 'world peace' has been given in every era but the number of those who have implemented it; has been very less.

Today the situations that connect man to man are few, the destroyers are more. Because of this human interaction has been deteriorated. To connect them one needs love, compassion, peace, harmony, non-violence and an attitude of understanding each other. All these human qualities have disappeared today and this has created a wide gap between man and man. The happiness of an individual is not appreciated by the other; the progress of one is not appreciated by the other. Everyone is involved in their own selfishness. One nation to another nation, one religion to another religion, one sect to another sect, even between father, son, brother etc.

Lord Mahavir gave the inspiration to break the wall between human and human by giving the mantra of 'live and let live'. By making the same mantra the basis of 'Sarvodaya', Gandhiji had widened the path to the rise of all, that is, the happiness of all. But the demonic powers keep watching their bets all the time. They take pleasure in Deity and their mind is satisfied with mutual animosity. Just as violence emerges when the tone of non-violence is subdued, love fades when hatred becomes strong; similarly the existence of God becomes blurred when the demonic spirit rises in man. Needless to say that when mutual love decreases, misery increases, when mutual reconciliation increases, hatred increases and selfishness emerges, then the feeling of altruism disappears.

Today man is wandering because the relationship of love and togetherness has been broken. As long as these broken relationships are not joined, the wandering of man will not go away. Now even if it is not possible to create a huge family, but if the human conscience will move towards mutual harmony, then its auspicious result will surely come out. Peace depends on the mutual behaviour of people. Peace conferences, peace movements or such initiatives have their own value and they have been going on since time immemorial. The truth is that people are always in favour of peace. Many people do not want turmoil situation. There are some people who like chaos and state of turbulence. Those in power, they become the cause of unrest as a result of expansionist sentiment. People who want to impose their views on others also become the cause of unrest.  Those who believe in democracy, they try to spread the method and practice of democracy all over the world. Those who believe in communism also make such efforts. Thus a bunch of promises and efforts have been formed to build up peace and harmony in society.

Indian culture has given many wonderful thoughts like 'Vasudhaiva Kutumbakam'. How great and how generous must have been our sage, whose mind was full of such wonderful and selfless thoughts. Our mother nature is so blessed to have such selfless souls.But if there is divinity in man thenevilism also persist. There are gods and there are demons too.  Today we are seeing the same feat of the demon all around. We have forgotten this eternal truth that where there is love, God resides there. Where there is hatred, there is the abode of peace. This same devil has made the world filthyand has blocked the good thoughts of a man.

Look at the present situation of the world. There is no peace in the mind of those who are rich. Rather, they have more disturbances in life. What is the reason for this? The oneness that should be felt towards humanity, that attitude did not develop. The voice of peace is very important in today's situation which is getting more complicated than these complexes. If today's man had not been so confused, then the question of peace would not have been so strong, but today's man has gone astray.

In ancient times there were sporadic battles everywhere. One king used to attack another king. But it did not affect the whole country. The disturbances in the south did not affect the people living in the north, because the means of transport and communication were meagre. The world was huge. There was a lot of distance from each other. But today the whole world has shrunk. The whole world has become like a family. Whatever happens in any corner of the world has an effect on the whole world. What is happening in Afghanistan is affecting countries far and wide.

One thing happens in India but its effect is felt in America. Today we all have become very close to each other. Man has come so close to the outer shape that he has probably never been so close before. It is because of this proximity that he is emphasizing on peace. The second thing is that today there is a competition to manufacture weapons of destruction; there is a competition to spread epidemics like Corona. As a result of this the whole environment is filled with fear. In such a situation, all the people have started demanding peace.

People fear that the destructive power, the virus of epidemics, is in the hands of some people. If those people become frantic, then there will be no delay in the catastrophe. It is not in everyone's power to stop the frenzy.  Therefore, no one can ignore the question of his security. As the question of bread is for every person, similarly the question of peace has become for everyone.

Our future does not depend on the stars, but on the earth, it is hidden in our hearts. In other words, our welfare does not lie in space flights and settlements on other planets, but in mutual cooperation and goodwill on Earth. 'Vasudhaiva Kutumbakam' should become the basic mantra of the world; in this it is good for humanity. As Acharya Vinoba often used to say, "If non-violence and love are combined with science, the philosophy of Sarvodaya will be found, but if science and violence are combined, then annihilation is sure." If seen, there is no life without peace. There is no basis. By the way, the term is generally used in the international context to refer to a ceasefire or a pause in a conflict.

The main purpose of celebrating World Peace Day is to maintain peace and order among all countries and citizens at the international level and to put an end to international conflicts. There is a great truth of the modern world that only a man can lead a life of peace, which has power. Power means staying strong on your word. The first formula to live with peace and strength is self-confidence. You must have faith in yourself. Only such self-confident people are eligible to propagate the importance of peace and non-violence in this era of conflict, terror and unrest, Ahimsa Vishwa Bharati is busy in organizing such eligible people.