The shooting of ‘Top 18’ participants of the new dance reality show “Dancing War” was completed with great splurge in Ghaziabad on 24rd and 25th of June, 2016 for which audition were held in many different states of the country.Thousands of participants took part in the show and demonstrated their dancing talent,and the gala-round shoot of the ‘Top 18’ was filmed at “Silver Line Public School, Ghaziabad” 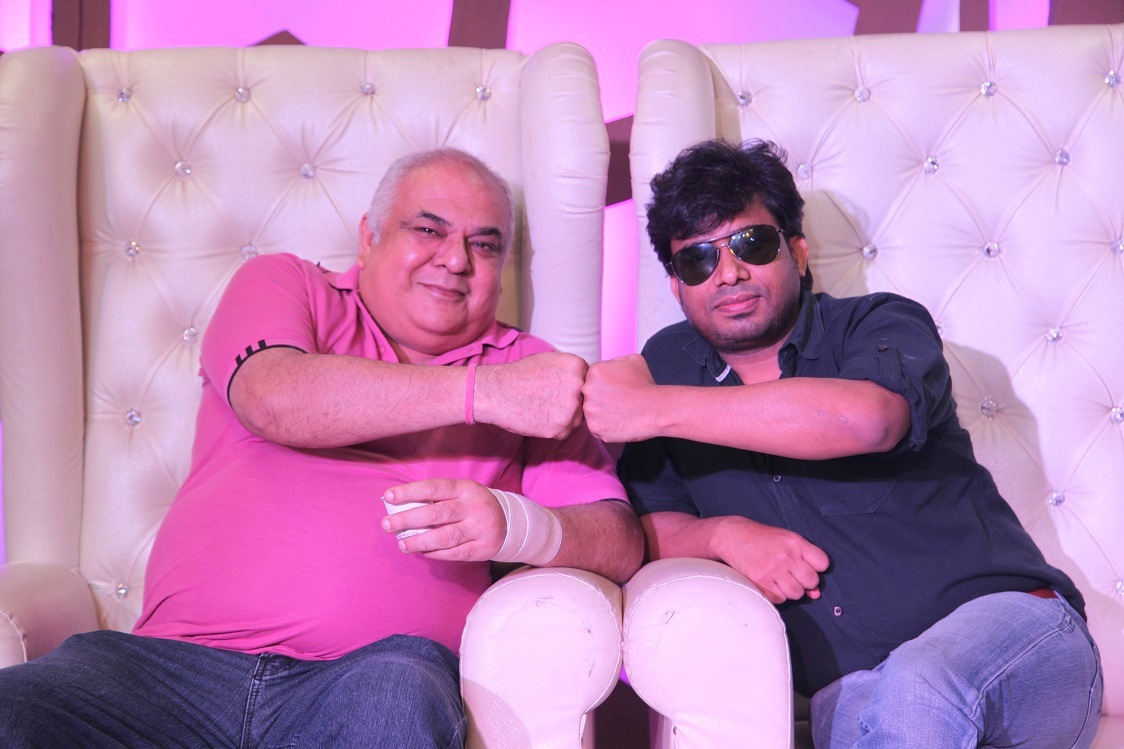 On the set of TV reality show Dancing War joins, star guest of the day Music Director Raj Mahajan
News Highlights
• Raj Mahajan presented many participants with promises to work with Moxx Music and appear in hisfuture music videos
• Participants were ecstatic with the break in a music video
• Raj will also extend the opportunity of singing to Manoj Bakshi who has shown the brilliance of his acting skills working in movies like Bajrangi Bhaijan, Besharam etc.
• The upcoming “Rockstar Ki Khoj – Season 2” was announced by anchor Santosh Tandon
• The programme was judged by talented people like Raksha Gupta (Nach Baliye Season 6 fame),Ankan Sen (winner of Just Dance, Star Plus) and Pramod Kumar (famousspecially abled dance choreographer)
• Dollywood, on its way to Progress and Prosperity

New Delhi- The shooting of ‘Top 18’ participants of the new dance reality show “Dancing War” was completed with great splurge in Ghaziabad on 24rd and 25th of June, 2016 for which audition were held in many different states of the country.Thousands of participants took part in the show and demonstrated their dancing talent,and the gala-round shoot of the ‘Top 18’ was filmed at “Silver Line Public School, Ghaziabad”. The ceremony was star studded with many of the famous Bollywood celebrities appearing as ‘Star Guest of the Day’ and encouraging the participants including ‘Bajrangi Bhaijan’ fame Manoj Bakshi, film ‘Dhakad Chora fame’ actor Uttam Kumar, national president of ‘Sangam Kala Group’V.S.K Sood, playback singer Manoj Jaiswal MJ and famous music director Raj Mahajan who provided a great deal of entertainment for the audience and also promised the top contestants a chance of working in the music videos of his production house Moxx Music which excited everyone.
After this, the energy of the dancers was worth noticing. Raj spoke about the close relationship of dance and music and explained the importance of rhythm in dance. Besides the dancers, Raj also promised to give the choreographers a break in his music videos. The Chairman of Silver Line Prestige School, Subhash Jain also encouraged the participants.
On the set Raj also met with Manoj Bakshi, who has shown his brilliant work on numerous occasions in movies like Bajrangi Bhaijaan, Do dooni Char, Besharam etc.and this meeting lead to a major decision, soon you will be hearing the voice of Manoj Bakshi in the new album of Moxx Music. Later Manoj told, “His mother always wished Manoj to work as a singer” and Raj promised to fulfil this wish of his mother.
Previous to this, Raj Mahajan has given music in more than a 100 music albums in the past three years and had been a host to a TV show by his own name “Music Masti With Raj Mahajan” in the year 2015. This talk show was telecast on Disha TV. He also holds the position of Managing Director of his company Moxx Music. It is significant to notice that the songs of Moxx Music are heard by more than 5 million people across the globe every month.
Raj Mahajan is working in Dollywood (contemporary to Bollywood) and wishes that the retreat of talent from Delhi should be mitigated and artists would be provided opportunity to showcase their talent in Dollywood rather than going out in seek of a breakthrough.
Famous anchors Santosh Tandon and Pratika Sood entertained the audience all evening. Santosh Tandon said, “As you are all aware that the show is being telecasted on Sadhna TV every Sunday, where new artists are given chances. The opportunities given to dancers by Sir Raj Mahajan are incomparable and on behalf of the all team members I salute and thank him in all earnestness.”
The judges of the show, Nach Baliye-6 fame Raksha Gupta, Just Dance winnerAnkan Sen, specially abled choreographer Pramod Kumar and Grand Master Zakir Rambo encouraged the participants. Through a video, Zakir Rambo introduced and welcomed Raj Mahajan. 5 out of top 18 participants were evicted and the shooting of remaining 13 was concluded successfully. Lets hope this proves to be a great platform for new artists. This show is being broadcastdc on Sadhna TV every Sunday afternoon at 1 pm.

This Article/News is also avaliable in following categories : Entertainment
Your Comments ! Share Your Openion